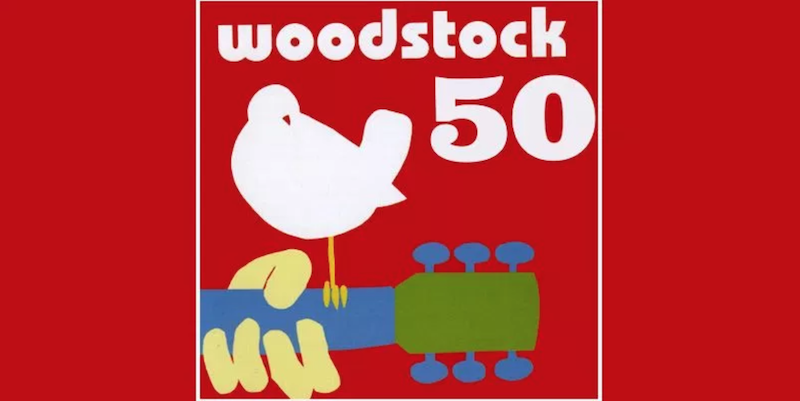 “We are saddened that a series of unforeseen setbacks has made it impossible to put on the festival we imagined with the great lineup we had booked and the social engagement we were anticipating,” said Michael Lang, co-founder of the Woodstock Music and Arts Festival.

Those “unforeseen setbacks” started in April, when financial backers dropped out and permits failed to come together ahead of a planned festival taking place August 16th-18th. Lang’s latest attempt to hold some sort of event involved teaming with Maryland’s Merriweather Post Pavilion for a nonprofit version of the festival. On Friday, organizers officially released all the artists from their original contracts, hoping they’d agree to take part on a voluntary basis. “Due to conflicting radius issues in the DC area many acts were unable to participate and others passed for their own reasons,” Lang said. “I would like to encourage artists and agents, who all have been fully paid, to donate 10% of their fees to HeadCount or causes of their choice in the spirit of peace.”

Cracks began to show a month after the doomed event’s massive lineup was first revealed, when tickets failed to go on sale as planned. It soon became clear organizers were unable to secure a mass gathering permit in Watkins Glen, New York due to capacity concerns, causing the festival’s primary investors, Japan’s Dentsu Aegis Network, to pull out. Dentsu prematurely announced Woodstock 50 had been canceled, which Lang disputed in court as he began seeking a new backer.

Although a judge ruled Dentsu had no right to cancel the event and investment bank Oppenheimer & Co. came aboard, Watkins Glen canceled their contract with Woodstock. The fest team turned their attention to Vernon Downs, a race track/casino in Onedia County, NY that has no campgrounds. Applications for the necessary permits were rejected at least twice by the county, leading organizers to get desperate and change tactics.

Just six days ago, word came that Maryland’s Merriweather Post Pavilion had agreed to host the festival on the previously announced dates — even though there was already a Smashing Pumpkins/Noel Gallagher show scheduled for the same time. The idea was to host a free event with HeadCount to promote voter turnout and climate change awareness nonprofits. However, the original talent deals were essentially voided when Woodstock left Watkins Glen and numerous acts were dropping out even before organizers released the contracts. Unable to put together a real show, Lang and his team chose to cancel Woodstock 50.

“Woodstock remains committed to social change and will continue to be active in support of HeadCount’s critical mission to get out the vote before the next election. We thank the artists, fans and partners who stood by us even in the face of adversity. My thoughts turn to Bethel and its celebration of our 50th Anniversary to reinforce the values of compassion, human dignity, and the beauty of our differences embraced by Woodstock.”

Bethel Woods Center, located on the actual site where Woodstock was held in 1969, is indeed hosting its own celebration on the iconic festival’s original dates. Ringo Starr, Santana, The Doobie Brothers, John Fogerty, Tedeschi Trucks Band, and Grace Potter are all set to perform over the weekend of August 16th-18th.

Greg Peck, one of the principal investors in Woodstock 50, released his own statement on the event’s death keel:

“The unfortunate dispute with our financial partner and the resulting legal proceedings set us off course at a critical juncture, throwing a wrench in our plans and forcing us to find an alternate venue to Watkins Glen. The timing meant we had few choices where our artists would be able to perform. We worked hard to find a way to produce a proper tribute—and some great artists came aboard over the last week to support Woodstock 50—but time simply ran short. We are greatly disappointed and thank all of our supporters, including the team at Merriweather Post Pavilion and Howard County Executive Calvin Ball. Woodstock’s values of peace and tolerance are more important today than ever for all of us to stand for and we look to the future for ways to honor and celebrate these ideals.”