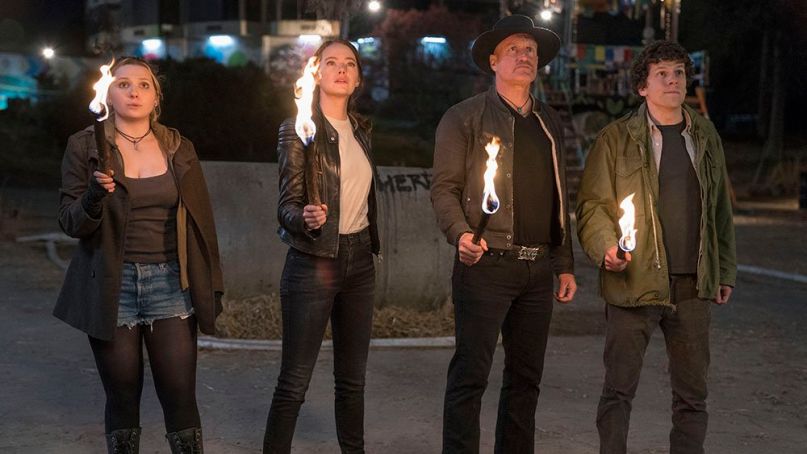 It’s time to nut up or shut up: Sony Pictures has unveiled the first trailer for its upcoming Zombieland sequel.

In a storyline that stretches from the White House through the heartland, the zombie slayers “must face off against the many new kinds of zombies that have evolved since the first movie, as well as some new human survivors,” according to a plot synopsis. “But most of all, they have to face the growing pains of their own snarky, makeshift family.”

Those new human survivors include Rosario Dawson, Luke Wilson, Zoey Deutch, Thomas Middleditch, and Avan Jogia. Plus, Bill Murray is set to reprise his cameo from the original Zombieland, and this time he’ll be joined by fellow Ghostbuster Dan Aykroyd.

Watch the first trailer below, and look for Zombieland: Double Tap in theaters beginning October 18th, 2019.