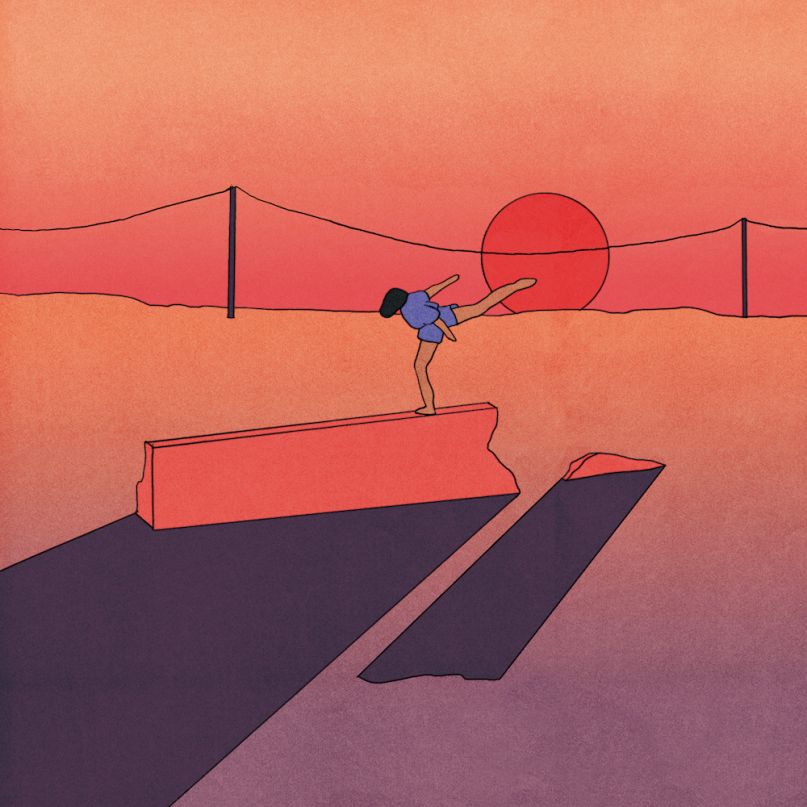 The Lowdown: Melina Duterte’s life changed rather quickly in the wake of Everybody Works, the artist’s second studio album as Jay Som. After spending her teen years and early twenties exploring an array of different music styles and quietly crafting shimmering lo-fi bedroom rock on her own, Duterte was thrust into playing festivals around the world and into sharing stages with groups like Death Cab for Cutie, Mitski, and The National. That’s a jarring leap for anyone, but especially for someone who is more of the reclusive, introverted type — an artist more comfortable taking in the subtleties of personal relationships and having time to process them privately, rather than in a growing spotlight.

And so in allowing herself the time to look inward, delve deeper into her own emotions and needs, and as a way to recalibrate from so much change, Duterte sought out a new environment and moved to Los Angeles. It’s there where she found a community, fell in love, and even quit drinking. Now, at 25, she’s releasing her third studio album, Anak Ko, and maybe it’s because I also turned 25 this year, but there’s something about this record that feels familiar.


Duterte has already proven she’s a master of voice and craftsmanship with songs like “Bus Song” and “Baybee”, which highlight the lachrymose strums and coos that have become her staple, but something more is present on Anak Ko. The phrase means “my child” in Tagalog, and the act of recording and releasing an album might be compared to watching one grow. The familiar sentiment that I find spread throughout the record’s nine tracks is how much Duterte has grown and the air of maturity present (the type of maturity you aren’t necessarily aware of, that you just wake up with a day after turning 25, that causes your parents and others to look at you and say, “You’re growing up.”). Duterte is growing up before our eyes, and Anak Ko showcases that growth and sense of confidence in a collection of swirling, sparkling indie rock songs.

The Good: As mentioned, a lot happened between Everybody Works and Anak Ko, and all of that change manifests itself in the stories told on the new record. There are similarities in style (this is still very much a Jay Som record), but it’s the approach and sentiments on Anak Ko that make it stand apart. Several songs are about the conscious decision to take care of oneself by taking the initiative to cut loose toxic people and their bullshit instead of waiting for them to suddenly (or even magically) change. For instance, “Peace Out” is a brooding breakup song through and through. Duterte sings, “Pulling my teeth to make it work/ No hard/ No hard feelings.” Those lyrics, accompanied by intense and cathartic teeth-gritting power chord riffs, echo the sentiments of desperately wanting to make a relationship work out of fear you’ll never meet someone who’ll put up with you again and the growth when you acknowledge that love shouldn’t be that exhausting or hard.

Duterte has often mentioned her affinity for alternative dream-pop/shoegaze acts like My Bloody Valentine, Yo La Tengo, and Cocteau Twins. Lead single “Superbike” mirrors those influences with its lush guitars, discordant feedback, and melodic and ominous drone. Dutert sings, “I pick up the superbike/ Going 80 in the night,” a natural response to just ending a relationship and musically seems like a straight nod to the Cocteau Twins’ “Half-gifts”– both of which demand to be heard loudly and on headphones.

“Nighttime Drive” feels like a collection of snapshots taken by someone watching out a window as their fleeting adolescence passes them by, depicted here through watered-down acoustic strums, and “Tenderness” reverberates through lustrous strings and sensual vocals as it deals in the feelings of newly realized crushes. However, the standout track for me (and the one I’ve listened to on repeat most) is the record’s sharp opener, “If You Want It”. The track instantly starts with an infectious web of plucking guitar and keyboard melodies that feels downright arousing and sexy — again, it’s that air of confidence present. The perfect lead for everything else that’s to come.

The Bad: The main drawback on the record is that it seems to drift — if only for a few moments — during its middle tracks. Good tracks that feel like a lull among better songs on an album that initially felt destined to avoid setbacks however slight. The title track feels like that moment of regression all of us experience in the midst of so much growing up; where we give in to texting that shitty person back or stalking their Instagram, Duterte reverts to overusing the modulated synth and manipulated vocals. Catchy as these moments can still be, they fall short on a record that wants to be outstanding so much of the time.

The Verdict: Anak Ko offers a shimmering reflection on the person Duterte is becoming, even if under a stage name. The record and its seamless transitions from one heavily enticing, tender, and softly delivered track to the next paints a captivating and enthralling self-portrait. One of an artist who’s established herself as a masterful songwriter and musician by taking herself apart, stepping outside of her comfort zone in order to grow, and putting herself back together again — stronger and with a sturdier foundation each time. It’s exciting to see what the next growth spurt could possibly bring.

Essential Tracks: “If You Want It”, “Nighttime Drive”, and “Tenderness”