Talking Heads Dance Away Our Fear of Music 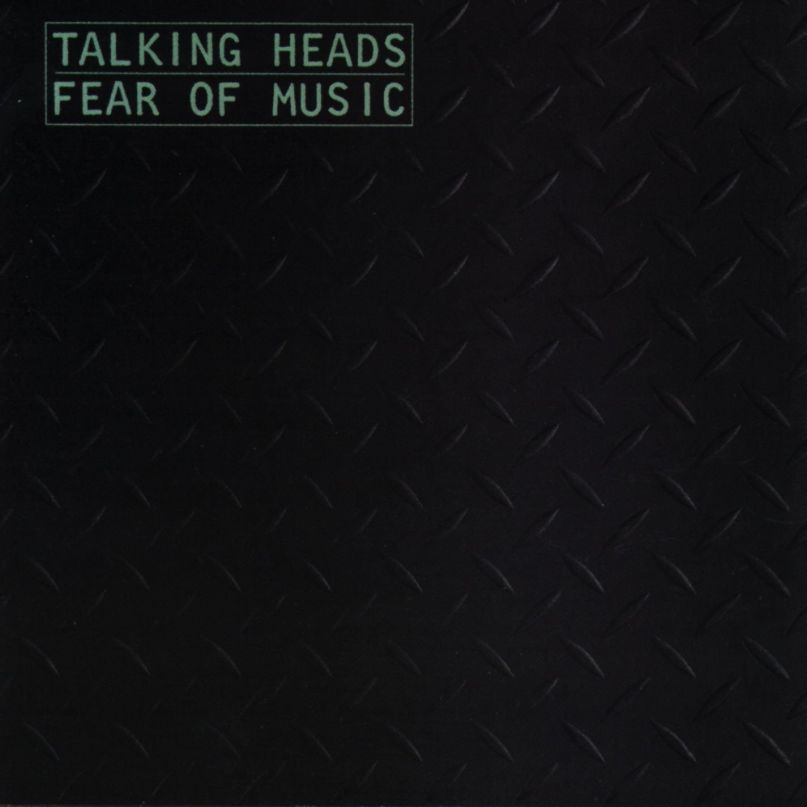 Just over a month before Talking Heads released Fear of Music, the disco backlash had reached its height with the infamous “Disco Demolition Night” at Comiskey Park in Chicago, where a riot started on the field after shock jock DJ Steve Dahl blew up a crate of disco records. Fear of music — rooted in the racism and homophobia that drove parts of the anti-disco movement — had peaked in a violent, public fervor.

It’s notable, then, that Talking Heads utilized disco’s throbbing bass-aided intensity all over their third studio album, Fear of Music. “We like some disco,” frontman David Byrne wrote in the liner notes to Once in a Lifetime: The Best of the Talking Heads. “Some of it was radical, camp, silly, and disposable.”


Music has always made establishments fearful, from the black and Jewish performers who made up the jazz age to the hyper-sexed teenage frenzies around Frank Sinatra, Elvis, and The Beatles right up to Brittany Spears’ schoolgirl skirt and Miley Cyrus twerking. But Talking Heads — who were likely too weird/non-threatening to have ever made anyone clutch their pearls — took those fears of war and of primal beats, even the atmosphere itself. The use of African polyrhythms, the incorporation of funk and disco, and the band’s continued exploration of the burgeoning punk scene are important when we recognize these as historically scorned genres. Punk was working class; it was ugly and loud. Funk and disco were genres favorited by black, Latino, and gay listeners; they were expressions of joy and sensuality that transgressed against the rigid common order.

As the album’s most famous song (and first single), “Life During Wartime” paints a picture of a dystopian, war-torn society and a loner protagonist who is trying to survive on peanut butter, passed messages of weapons, and memories of music and parties and the man he used to be. The line “This ain’t no party, this ain’t no disco, this ain’t no fooling around,” is among the band’s most famous, and the song’s militant funk percussion lines make it a wasteland you can dance to.

“Life During Wartime” also got much of its notoriety from Jonathan Demme’s Stop Making Sense, where Byrne, drenched in sweat, ran laps around the stage in between verses and ran in place as he sang. The album’s third single, “Cities” is almost a sequel to this song as our narrator seeks out a new city to live in, even repeating the line, “The people sleep in the daytime.” The melody line is a slightly lifted variation, a similar punk rendition of a funk bassline to thematically link them. Only Byrne would think a dry ice factory would be a “good place to get some thinking done.”

Fear of Music also took the band in a much darker direction than before. Though they had dabbled in the subject matter from the top – 77’s “Psycho Killer” is hardly the light fare of “The Book I Read” and “The Girls Want to Be with the Girls” – Fear of Music takes on a sonically bleaker tone, with heavy, moody melodies that would continue through Remain in Light. Everything is to be feared, even “Air” because at times, the world is so overwhelming that even breathing feels like it hurts, and these days, as we face down the very real effects of climate change, the atmosphere can and likely will harm you in the coming days.

The title gets taken literally on “Electric Guitar”. “This is the verdict they reach: never listen to the electric guitar.” Sparse and march-heavy, Byrne speaks right to the people who continue to see music as a threat to the moral standings of wholesome American minds. “Is this a crime against the state? No!” Byrne argues.

The influence of African popular music on “I Zimbra” — the album’s second single — was perhaps the longest-lasting addition to the band’s sonic palette, showing up most prominently on Naked. Though the song is mostly instrumental, the chorus is an adaptation of poet Hugo Ball’s “Gadji beri bimba” and delivers an elaborate, vibrant, and funky album opener, inviting the listener to go forth and explore new sounds even beyond what was on this album.

But it isn’t all gloom and doom. “Mind” and “Paper” are both strong bridges between More Songs About Buildings and Food and Fear of Music and beyond, a drifting, airy piece, letting Byrne stretch and squash notes as only he could deem appropriate. Lyrically, though, “Mind” is all Fear; “Drugs won’t change you/ Religion won’t change you/ Science won’t change you.” As we look around at the people around us, propaganda and outright lies and the end of the world looming, what, if not science and reason, can change the minds of the people who need to expand their consciousness?

Of course, “Paper” is pure Byrne, a bizarre but intimate dedication to a common object. Jerry Harrison’s guitars are expansions of static electricity, almost tangible and yet impossible to grasp. The song is a good preview of Remain in Light’s most well-known song, a sort of proto-“Once in a Lifetime.” And “Animals” is just silly, practically a Wild and Crazy Guy-era Steve Martin routine. “I’m mad/ And that’s a fact/ I found out/ Animals don’t help/ Animals think they’re pretty smart!” Of course, they’re laughing at us. We’re a mess.

What makes Fear of Music such a perfect third album is that it both touches back on what was and lays the groundwork for what would be. Even an easily overlooked song like “Heaven”, with its soulful, road-weary twang, provided fertile ground for True Stories to grow from. But more than a new house for the Talking Heads to fill with paintings and furniture, it survives, in part, because we are still afraid of so much. But what we do not have to fear, as Byrne and company have more than adequately proven, is the sounds that can unite us across the globe, rather than divide us in our own backyard.

Essential Tracks: “Life During Wartime”, “I Zimbra”, “Air”, and “Paper”