The Regrettes Follow Their Hearts on How Do You Love? 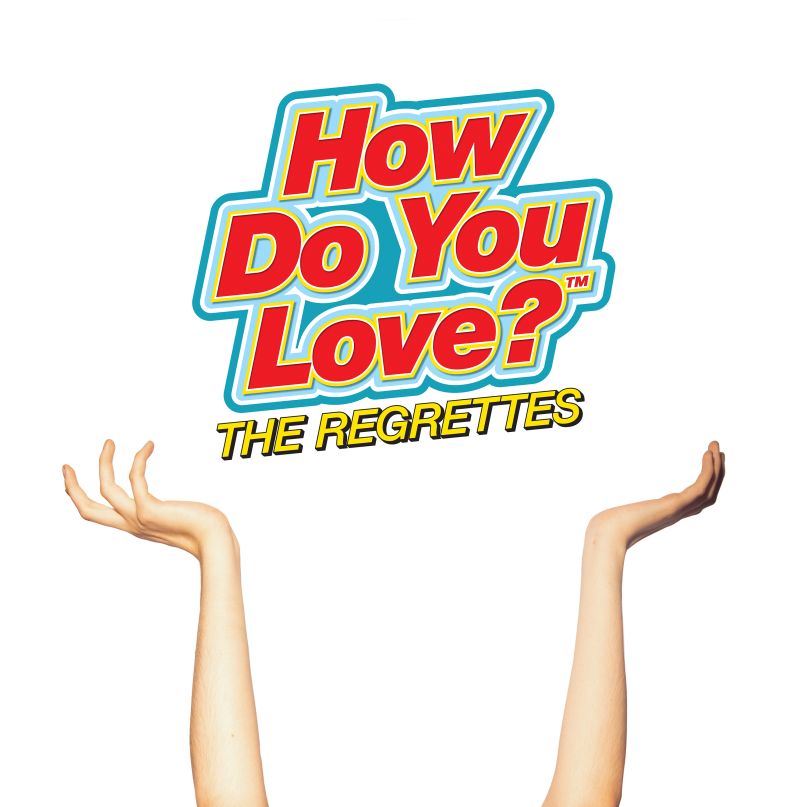 The Lowdown: Vulnerability comes with being human. We block and delete instead of confronting what’s really wrong and parade through the public eye in a constant state of being “fine,” regardless of how distant that may be from reality. “Normal” has become synonymous with stoic and unaffected, but The Regrettes are leading the charge in rewriting this cultural script. Their 2017 debut LP — pointedly titled Feel Your Feelings Fool! — cracked open the facade of the hard human exterior. In doing so, they championed the idea that it’s much more freeing to be open about all the things everyone feels but never likes to admit to feeling: feelings of being underestimated, romantic uncertainty, and even dealing with stretch marks. The album cemented the fact that, lyrically, The Regrettes were never afraid to hit a bull’s-eye in the center of the mind’s innermost caverns — where our greatest fears, strongest insecurities, and most complex thoughts lay.

Their sophomore record sees them hit this bull’s-eye yet again. This time, though, it’s within the context of the murkiest of human emotions: love. How Do You Love? is a concept album that chronicles each phase of falling in and out of love, with each track representing a different stage in a relationship. This is what sets How Do You Love? apart from the onslaught of love-inspired songs in existence. A majority of them tend to solely focus on the highest highs and the lowest lows that love can bring about, but the tracks on How Do You Love? tap into the gray area in between. From the first time butterflies flap in the stomach (“California Friends”) to wondering if you’re on the same page as the object of your affection (“Coloring Book”) to realizing you deserve way better when it’s all said and done (“Go Love You”), The Regrettes have expertly put words and music to the fuzziest of feelings in the romantic experience.


The Good: How Do You Love? is a concept album with a concrete beginning, middle, and end, and the music and lyrics play an equal role in unfolding the album’s narrative. For instance, “Dead Wrong” sees the scorching riffs from lead guitarist Genessa Gariano communicate the sensation of wanting someone to stay just as much as when vocalist Lydia Night croons that exact sentiment. Similarly, Drew Thomsen’s wonderfully feverish drumming on “More Than a Month” conveys the same spitfire mania that Night does when singing about a series of activities completed to distract the mind from romantic woes (among which are cycling through records and making enough cookies to feed LA).

It’s special to see music and lyrics mix this cohesively, to act as two megaphones for the same message. The Regrettes accomplished this, and the results are goosebump-inducing (looking at you specifically, “Fog”). This is largely what makes the album’s story arc so clear, and it is because of this clarity that the listener is able to become as engrossed in the narrative of How Do You Love? as much as that of a novel that is simply impossible to put down.

(Podcast: The Regrettes on Loving Wayne’s World and Receiving Letters from Lin-Manuel Miranda)

The Bad: This has nothing to do with the album itself, but rather how it could be listened to. Part of the fun of listening to How Do You Love? is following the narrative that unfolds throughout, as so much of the album’s smartness lies within the precise evolution that occurs from one track to the other. Unfortunately, though, it is impossible to alert the world that the album is perhaps best listened to in order the first time around. How Do You Love? deserves to be listened to with the same level of gravity that it was created with, and this is something that could be partially lost without following its narrative from beginning to end. Of course, this is not to suggest that the tracks cannot be enjoyed out of order or on their own — they absolutely can be. However, the storytelling element of How Do You Love? is so strong that it would be a shame to miss out on entirely.

The Verdict: How Do You Love? bulldozes down the fences we’ve all been socially conditioned to build around our hearts and minds. In doing so, it normalizes the myriad of emotions that often accompany the experience of being in love: the mania, the elation, the anxious jitters, the disappointment, the hesitation, the yearning, and much more. It is these emotions that prompt us to text our friends when our significant other’s tone seems off, that keep us lying awake wondering if we are coming across as too earnest or are simply scared to open up, or that make us daydream about the idyllic future that could lie ahead during the small hours of the morning commute. These behind-the-scenes moments, of course, play as much of a role in building or destroying a relationship as the time a couple spends in each other’s presence, and it is this nail that The Regrettes hit on the head. How Do You Love? is a catharsis that reminds us how human it is to love, to be afraid to love, to hurt, to fall apart, and to find the strength to rebuild again.

By the final track’s ending, the listener may very well be able to answer the question posed in the album’s title for themselves. Perhaps they realize they love with the sun-soaked euphoria of “California Friends”, the quiet affection of “I Dare You”, or the longing of “Dead Wrong”. How Do You Love? is an album with musical and lyrical strength, but it is much more than that. It is a work that has the ability to make people feel seen and understood for the parts of themselves they feel like they can’t always show to the world.