The rapper admitted to momentarily holding a glass bottle, but said he did not use it to attack the alleged victim 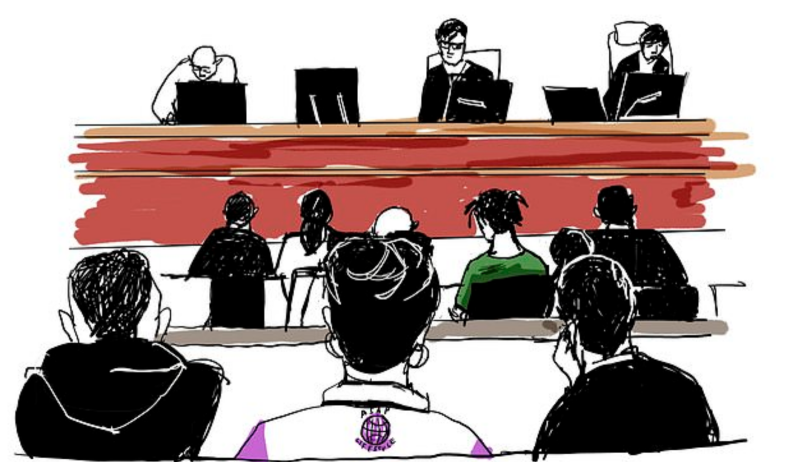 Despite the best efforts of Donald Trump and Machine Gun Kelly, ASAP Rocky’s trial is formally underway in Sweden. On Tuesday, the Harlem-born rapper pleaded not guilty to assault. On Wednesday, prosecutors presented new evidence, including a previously unseen video, showing ASAP Rocky’s bodyguard choke-slamming the alleged victim, which they contend instigated the incident. (The bodyguard was not charged.) On Thursday, both ASAP Rocky and the victim took the stand to share their accounts of the incident (via BBC News correspondent Larissa Kennelley).

The victim, identified by TMZ as 19-year-old Afghani political refugee named Mustafa Jafari, told the court that he initially approached ASAP Rocky’s crew after losing track of a friend. He said four men — including ASAP Rocky — attacked him, some using glass bottles. Jafari also maintained that he was unaware of ASAP Rocky’s celebrity status prior to the incident.

ASAP Rocky’s defense team sought to dispute Jafari’s recollection of events by presenting video in which the rapper and his team can be seen asking Jafari to leave the scene prior to the fight.

After taking the stand himself, Rocky testified that he was initially unaware of Jafari and his friend because he was trying to download an electric scooter app. Rocky said his bodyguard asked the men to go away; they returned moments later and accused Rocky of mugging their friend.

Rocky testified that after he and his crew then walked away, Jafari and his friend followed them. “We begged them some more to stop following us and leave us alone,” he explained. Things apparently became violent after Jafari threw headphones in the face of Rocky’s bodyguard, at which point the bodyguard confronted Jafari, allegedly picking him up by the collar. Rocky said he only became involved after Jafari became violent.

Rocky acknowledged that he briefly picked up a glass bottle, but “realized it was stupid, not necessary, and put [it] down.” Instead, he said he only pushed and punched Jafari.

The defense maintains that Jafari’s most serious injuries were sustained after he fell onto a broken bottle of glass already on the ground.

“I know my security guard, he follows protocol… to protect me at all costs,” Rocky told the court. “But [his bodyguard] is not a violent person. I’m a celebrity so I didn’t want to cause too much attention.”

“You got to realize my life is very unique and particular,” Rocky added. “I’ve been stabbed in the face and my home has been robbed at gunpoint twice. That’s why I have security.”

Rocky also said he believed that Jafari was on drugs. “He was fearless, his eyes were all weird, he came up to a big bodyguard and asked us questions he knew we couldn’t answer. He looked like he was on drugs.”

Following the incident,  Rocky said he considered calling police, but did not know how to contact them in Sweden. He also decided against pressing charges, because he did not want to give Jafari additional attention or negatively impact his European tour.