"You can't f**k with my workout routine!" 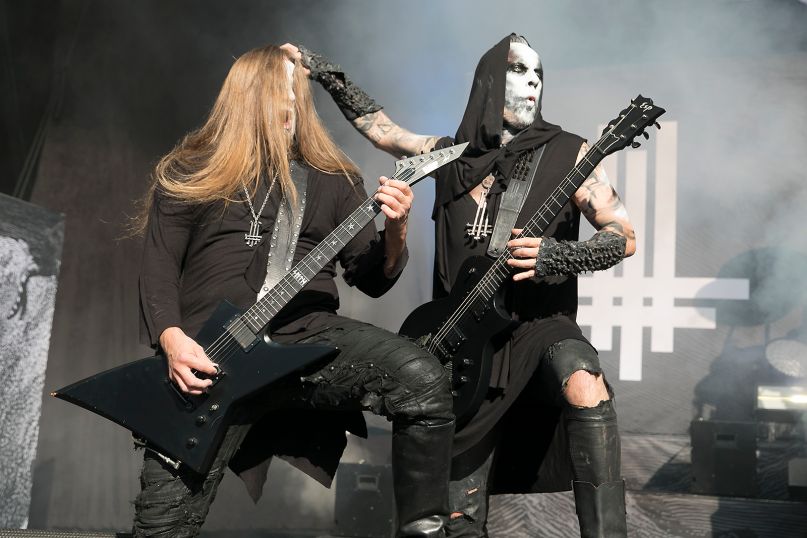 Behemoth frontman Nergal tried to get a workout in at a YMCA gym while on Slipknot’s “Knotfest Roadshow” North American tour, but apparently his apparel and beliefs got him kicked out of the location before he ever set foot on a treadmill.

The YMCA, which stands for Young Men’s Christian Association, operates gyms and social centers throughout the world, often under the name “The Y”. In an Instagram video, Nergal is seen filming himself getting into a car outside of an unspecified YMCA, and telling his driver, “Guess what happened? This is a YMCA, right? They saw my Darkthrone shirt, and then asked us, “Do you worship our lord Jesus Christ? …. and [we told them] we don’t. … and they wouldn’t let us work out in the YMCA here.”


The video is accompanied by a caption from Nergal, stating, “Jesus! This means war mate! U can ask your buddies to censor my art, u can ask your disciples to bring me to courts, u can ask your sons to boycott Behemoth’s shows… but u can’t F**K with my workout routine!”

Darkthrone’s social media manager Roger Hoglund, who gave Nergal the shirt in question, caught wind of Behemoth singer’s predicament, and posted on Instagram: “So @nergal69 was kicked out of a gym in the states where @behemoth are currently on tour yesterday because he was wearing a Darkthrone shirt and they asked him if he believed in Jesus Christ. I didn’t know if I should laugh or cry when I heard about it.”

Nergal ended up telling his driver to take him to a nearby Anytime Fitness so he could his workout in, adding, “Hopefully, they will let us work out in Darkthrone shirts.”

UPDATE 11/14: Nergal has admitted that he made up this entire YMCA story, telling Kerrang!, “I like trolling, and I like provoking people.” Read the entire update here.

We caught up with Nergal last year, when he was promoting Behemoth’s latest album, I Loved You At Your Darkest. When we asked him about online comments that suggested the album title made the band sound more like an emo act than their extreme-metal selves, he told us, “10 seconds of the new Behemoth album would probably kill 100 emo kids.” Watch that interview below.

Behemoth will continue on the “Knotfest Roadshow” with Slipknot, Volbeat, and Gojira through September 8th in The Woodlands, Texas. Pick up tickets here.