He directed and stars in its accompanying music video as well 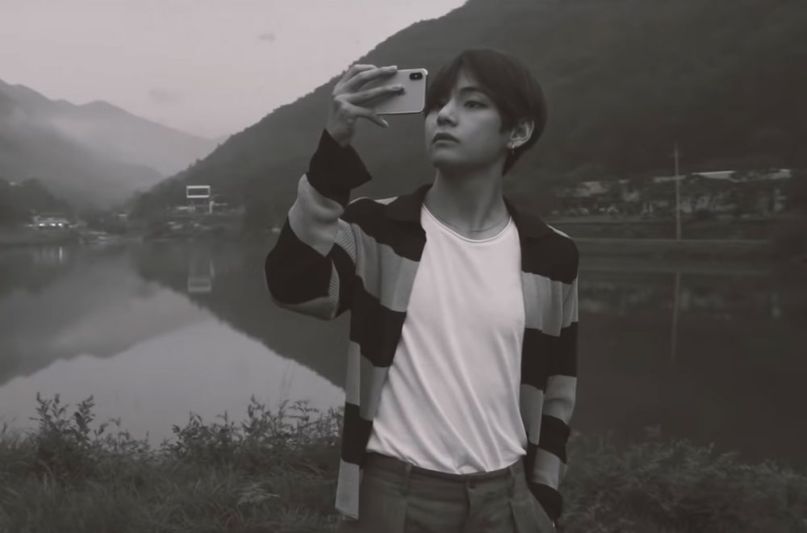 BTS member V has surprised fans today by releasing a new single called “Winter Bear”. The track was rolled out with a new music video as well.

When writing “Winter Bear”, V got some help from fellow BTS member RM as well as BTS collaborators Hiss noise and Adora. The song sees the K-pop star wishing both he and his listeners will get a good night’s sleep over a relatively warm, ambient track. “Winter Bear” is the second song V has written and released this year, following “Scenery”.

After the song was released, V took to Twitter to share a few behind-the-scenes photos and reveal that the song, which is sung in English, was written after watching an English movie. “Here is the person that tried writing lyrics in English for the first time,” he wrote, accompanied by hashtags about his nerves and how grateful he was for RM’s songwriting help.

V has a lot to be proud of. In addition to writing the song, he directed and acts in the song’s music video. It shows him leaning out of car windows while taking photos, presumably on BTS’ “Love Yourself” Tour, of the various city landscapes he passes. The shots are coupled with nature imagery and various scenery he captured. It’s as low-key and intimate as it sounds. Watch it below.

In other BTS news, RM recently teamed up with Lil Nas X for an “Old Town Road” remix. It’s as rehearsed and fun as the group’s live shows. Luckily for fans, BTS recently released two new concert films that listeners can stream online, plus their feature film Bring the Soul: The Movie is in theaters this weekend, so reliving that feeling is possible even if the K-pop tour-de-force aren’t playing shows nearby at the moment.