Donald Glover came prepared in ... a neck brace and a sling? 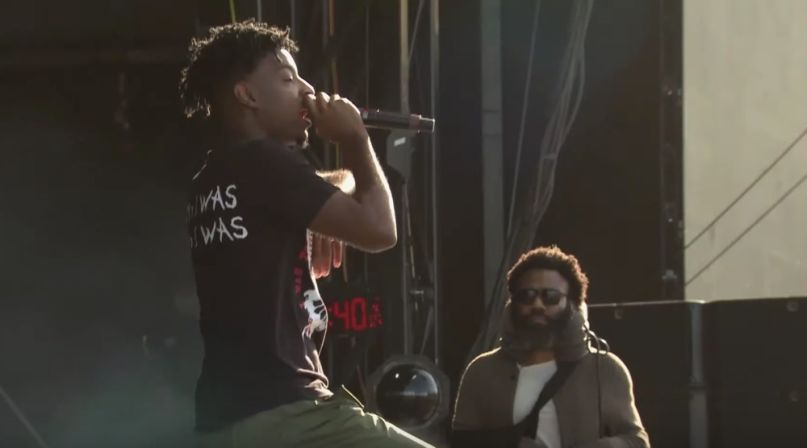 Childish Gambino, aka Donald Glover, warmed up for his own headlining set by joining 21 Savage early Friday afternoon. The two performed their joint track “Monster”, which appeared on 21 Savage’s sophomore album, 2018’s I Am > I Was.

There wasn’t any introduction. Gambino simply followed 21 Savage down his cascade of stairs after the English rapper had already launched into the collaboration track. Curiously enough, he was wearing a neck brace and a sling.

Later that night, Gambino headlined the same stage, closing down Friday night with jams, jubilations, and, well, “Redbone”. Stay tuned for our full festival report and keep an eye out for any additional stories to come out of Grant Park.