The streaming giant reportedly offered them a $200 million contract 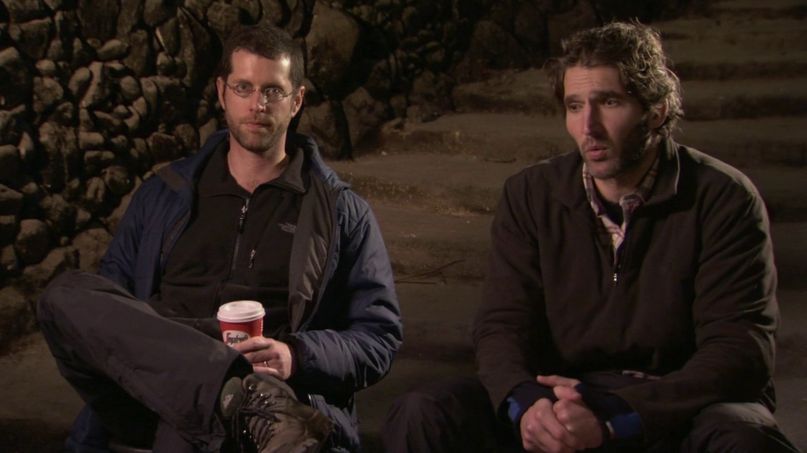 Game of Thrones creators David Benioff and D.B. Weiss have a new home — and no, it’s not Westeros. According to Deadline, the Emmy-winning showrunners have signed a first-look deal with Netflix following a heated bidding war.

As Deadline notes, the creators had been meeting with HBO/WarnerMedia, Disney, Comcast, Amazon, and Apple over the past half-year. Last month, however, they had whittled it down to just Netflix, Amazon, and Disney.

The two addressed their decision in a statement:

“We’ve had a beautiful run with HBO for more than a decade and we’re grateful to everyone there for always making us feel at home. Over the past few months we’ve spent many hours talking to Cindy Holland and Peter Friedlander, as well as Ted Sarandos and Scott Stuber. We remember the same shots from the same ‘80s movies; we love the same books; we’re excited about the same storytelling possibilities. Netflix has built something astounding and unprecedented, and we’re honored they invited us to join them.”

Netflix spent quite a pretty penny on the two with The Hollywood Reporter confirming that they secured them for $200 million. That places Benioff and Weiss in the same echelon as Shonda Rhimes and Ryan Murphy, who also signed with Netflix.

“We are thrilled to welcome master storytellers David Benioff and Dan Weiss to Netflix,” said Netflix Chief Content Officer Ted Sarandos. “They are a creative force and have delighted audiences worldwide with their epic storytelling. We can’t wait to see what their imaginations will bring to our members.”

Sarandos may have to wait. Currently, the two have several projects already lined up, specifically that much-hyped Star Wars trilogy for Disney, a Kurt Cobain-related film for Universal, and a potential adaptation of Dirty White Boys for Fox/Disney.

In related news, that dubious petition to reshoot Game of Thrones is looking more and more hilarious by the day.