The Blue EP hits shelves in less than a month 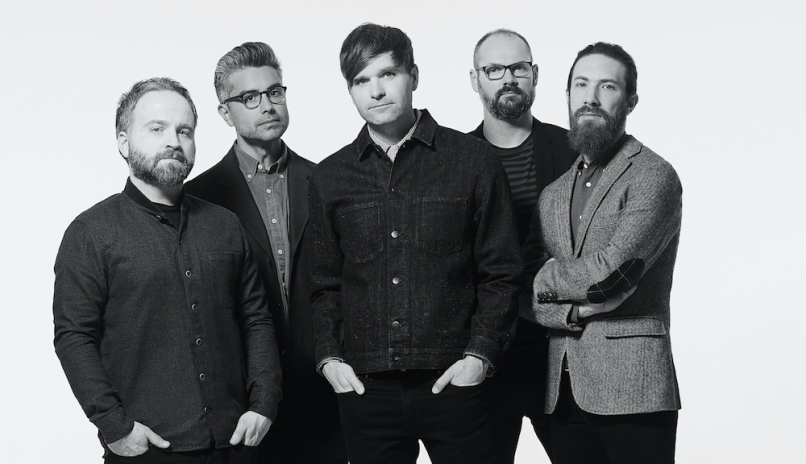 Next month brings the arrival of The Blue EP, the latest project from Death Cab for Cutie. Produced by Rich Costey during the same sessions that produced Thank You for Today, the EP is being teased today with “To the Ground”.

The five-minute “To the Ground” is a moody listen with headier guitar work and a sound that reads more alternative rock than indie pop.

“He lost control, slid and began to roll/ And on the wings of an ocean gale, he crashed right through the rail/ Down to the valley below,” frontman Ben Gibbard sings, recounting an apparent car accident and the circle of life. “All comes around and returns to the ground.”

Hear it down below. Today’s new song comes on the heels of July’s acclaimed lead single, “Kids in ’99”.

The Blue EP lands in stores September 6th. Along with this project, DCFC recently featured on “Do You Remember”, off Chance the Rapper’s debut LP, The Big Day. The Washington-bred band has a handful of North American tour dates sprinkled throughout the next few weeks, and you can grab your tickets here.

Below, revisit Gibbard’s appearance on Kyle Meredith with… from last summer.