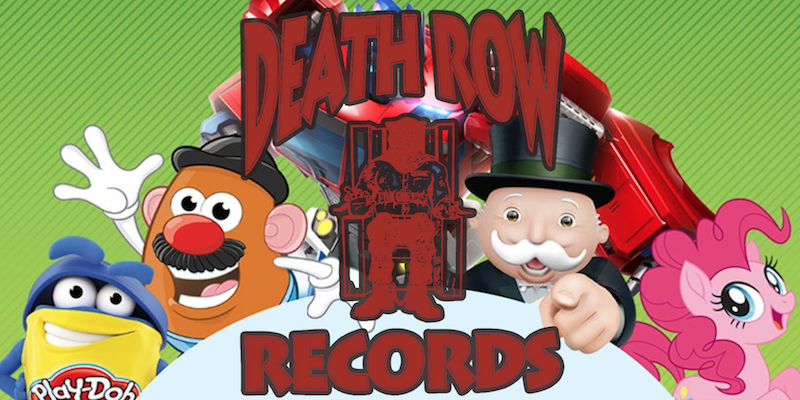 Dr. Dre Head, anyone? Or maybe a round of Snoopoply? How about we play with some G.I. Pac action figures? All these and more could be possible now that Hasbro has gained ownership of Death Row Records.

Okay, so it’s unlikely My Little Suge Knight is ever going to be a real thing, but the toy giant has indeed purchased the Death Row catalog. The deal came as part of Hasbro’s acquisition of Entertainment One, which it just picked up for a whopping $4 billion (via Deadline). Hasbro — which is behind such properties as Monopoly, G.I. Joe, Transformers, and My Little Pony — was primarily interested in eOne’s preschool brands like Peppa Pig and PJ Masks, but they also snatched up the music of Tupac and Dr. Dre in the sale.

Death Row has been handed off to a few different companies since filing for bankruptcy in 2006. WIDEawake Entertainment was first to the table, putting down $18 million for the label in 2009. eOne gained control back in 2013, spending approximately $280 million for the full catalog.

eOne has music wing all their own, as well, an independent label that brought in $30 million in revenue in Q1 2019 (via Rolling Stone). The Game, Joe Budden, Black Label Society, High on Fire, and DJ Khaled have all released records on eOne Music, efforts that now belong to Hasbro.

Said Hasbro CEO Brian Goldner in a statement, “The acquisition of eOne adds beloved story-led global family brands that deliver strong operating returns to Hasbro’s portfolio and provides a pipeline of new brand creation driven by family-oriented storytelling.” Somehow we don’t think he was talking about The Chronic.