DEVO confirm rare live appearance at Desert Daze: “This could be the last time DEVO plays on this planet”

Jerry Casale: "Spuds should see us while they can" 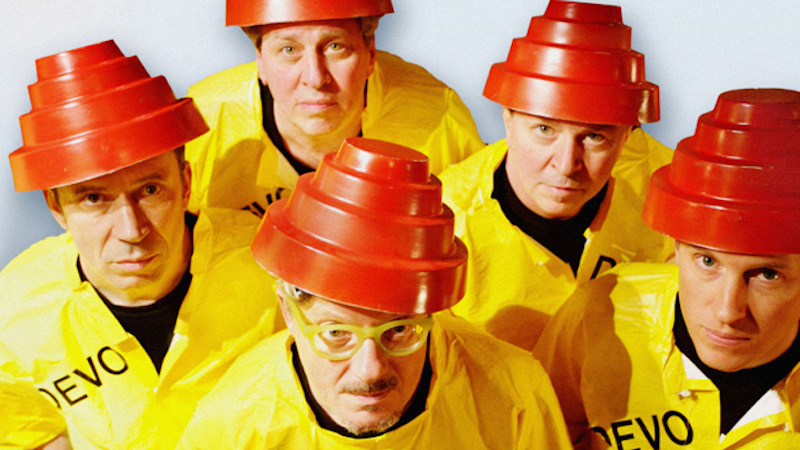 DEVO have confirmed a rare live appearance at this year’s edition of Desert Daze, taking place at Lake Perris, California between October 10th and 13th.

The performance marks only DEVO’s third confirmed show since 2014, and press material for Desert Daze advertises their set as the kick-off to their “farewell tour.”

In an email to Consequence of Sound, DEVO co-founder Jerry Casale clarified that the performance is “not connected to a Farewell Tour.” Because, as he explained, “If ever there is such a tour we certainly will not name it as such. More like The Beginning Was The End Tour.”

That said, Casale does acknowledge that DEVO is reaching the end of the road: “As it is [Desert Daze] could be the last time DEVO plays on this planet. Who knows?”

“Spuds should see us while they can,” Casale added. “Let us not talk falsely now, the hour’s getting late as Bob Dylan said 50 years or so ago.”