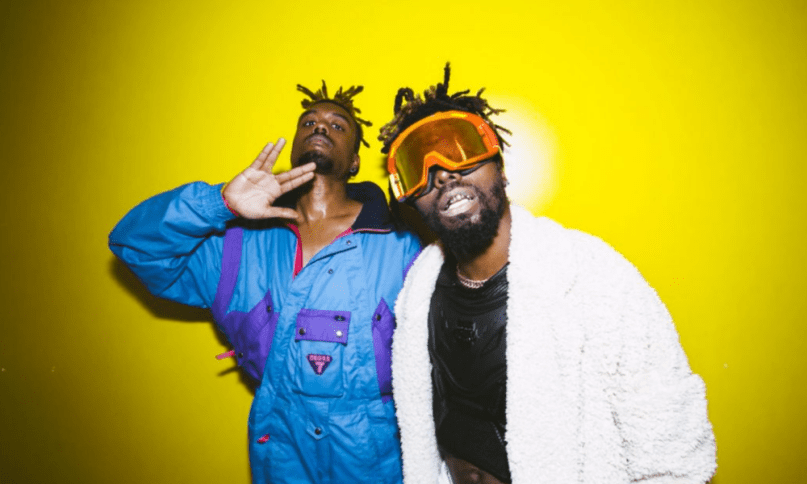 Earthgang are expected to follow up their trilogy of EPs with a new album called Mirrorland. In the lead-up to that release, we’ve heard our former Artist of the Month collaborate with both Young Thug and mentor J. Cole. Today, the Atlanta hip-hop duo is back with the studio version of their song “Up”.

The Dreamville two-piece previously debuted a live rendition of “Up” in a 2018 session for Colors studio. While that performance already showed some promise, this final cut solidifies Mirrorland will take Earthgang to the next level. Given the lyrics, it seems the duo, too, senses that more fame is on the horizon.

“Okay look, paid dues, no more fake news/ I’ma do everything that they said that I can’t do,” raps WowGr8. “Baby I ain’t fooled by the filters or the angles/ You don’t know yourself, when you come into some wealth/ You the type to let it change you.”

Hear it below. Update — Wednesday, October 16th: A new video for “Up” is here, directed by Mac Grant and Chad Tennies. In it, EarthGang’s Olu and WowGr8 play monster-like creatures that live in a museum. It’s like Night at the Museum, but with a freaky sci-fi angle.

Mirrorland is still without a release date, but Earthgang are promising material on par with “Up”. “We are taking you to a whole-new dimension of reality where gravity and time do not exist,” they previously told Consequence of Sound of Mirrorland. “Where colors change and all preconceived notions of rules, physics, and reality merge into one and explode to become something entirely different.”

As we wait for the new effort, be sure to catch Earthgang live this fall. Along with European dates, they’ll be playing US festivals like Day N Vegas and Afropunk Atlanta. Find tickets to all their shows here.