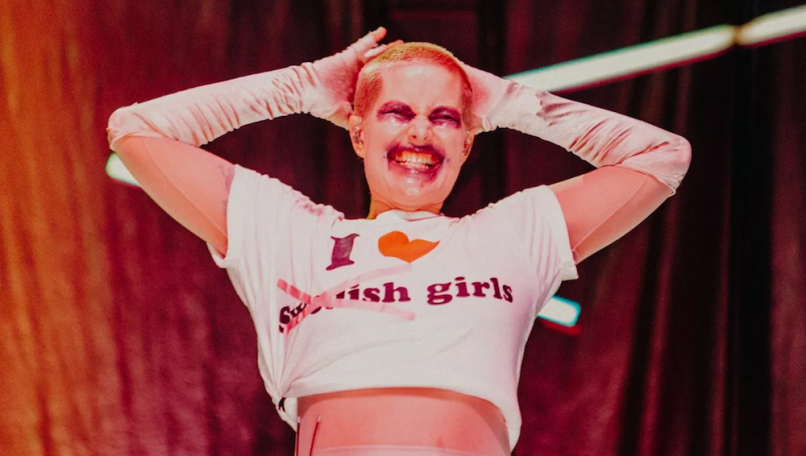 Today, Fever Ray celebrates the release of their new live album, Live at Troxy. Stream it in full below via Apple Music or Spotify.

The new project was recorded Spring 2018 at London’s Troxy venue during Karin Dreijer’s first tour in eight years. As with that whole trek, the concert boasted unique stage production and design, inspired by the themes of Fever Ray’s long-awaited Plunge album. A statement explains,

(Read: 10 Artists Who Need to Curate Their Own Festival)

“Dreijer was adamant about working with as many women or non-binary people as a male-dominated music and live industry would allow. Dreijer invited five other performers to collaborate with them on the production and design of the show. Five out of the six performers involved are around 40 years old and four of them have children, evidence of Dreijer’s commitment to challenging perceived norms not just around gender, but age, sexuality and motherhood too – all themes found on Plunge.”

Mikaela Hansson (keyboardist/accordion), Helena Gutarra vocalist/guitarist), and Maryam Nikandish (vocalist/keytar) were among the performers who accompanied Dreijer on the tour.

Not long after the famed “Fever Ray Troxy” show, Dreijer, who was once one half of The Knife, was forced to cancel their remaining tour dates. Dreijer cited the cause for the cancellation as their own struggles with anxiety and panic attacks.