Florence and the Machine assist fan with surprise proposal onstage in Edinburgh: Watch

Florence Welch was in on the plan the entire time 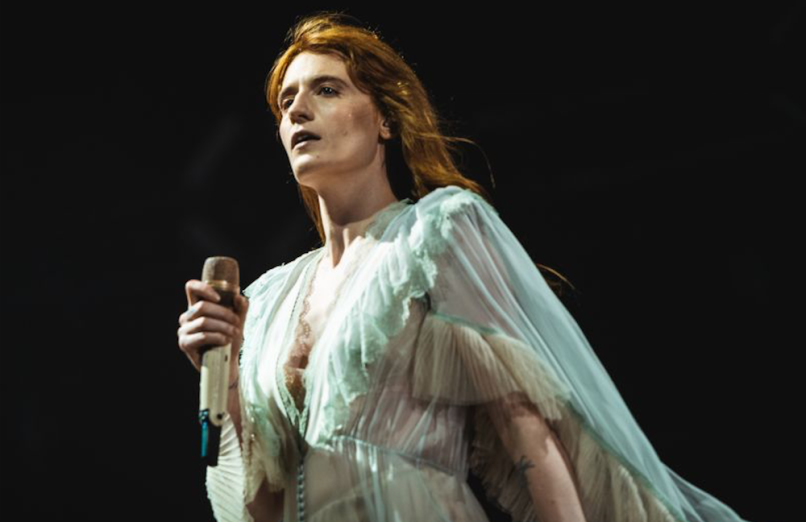 During a Florence and the Machine concert in Edinburgh earlier this week, two fans got engaged onstage by way of a surprise proposal. Better yet, Florence Welch was in on the plan the whole time.

This past Thursday, Florence and the Machine performed a sold-out show in Scotland as a part of Edinburgh’s Summer Sessions, a live outdoor concert series. The beautiful location turned romantic rather quickly when Welch invited a couple onstage mid-show to help them with a surprise request, reports Edinburgh News. The request, it turns out, was for one woman to propose to her partner — and now her future wife.

Welch invited the two women onstage and gave each of them a hug. “Would you tell me both of your names?” Welch asked the women, who identified themselves as Steph and Jenny. Welch then mentioned to Jenny that there was Scottish flag that “had a very special request, and I’m fulfilling this request. Steph has something she would like to ask you.”

Welch proceeded to hand the microphone off to Steph, who professed her love and got down on one knee to propose. Meanwhile, Welch was seen freaking out in the background the whole time, and even held up the flag to the audience while the newly-engaged couple embraced one another. It was all pretty damn cute.

Luckily, the crowd was able to capture the entire moment in full. Watch a video of the engagement below via Twitter.

A summer of love! An incredible setting with a perfect proposal at @florencemachine this evening 💍🥂Congratulations to the happy couple! You’ve got the love I need to see me through…❤️ pic.twitter.com/bNwtIPUQjl

Of course, concert proposals are nothing new. There’s been plenty of notable ones over the years, ranging from an adorable plan at Bonnaroo to an intimate front row proposal during an Arcade Fire concert.

In other Florence and the Machine news, the band recently announced a 10th anniversary edition of Lungs. They shared two previously unreleased demos when breaking the news, which you can listen to now. May everyone eventually find their own “Cosmic Love”.