A "full authentic musical account" including all the performances, set breaks, and stage announcements 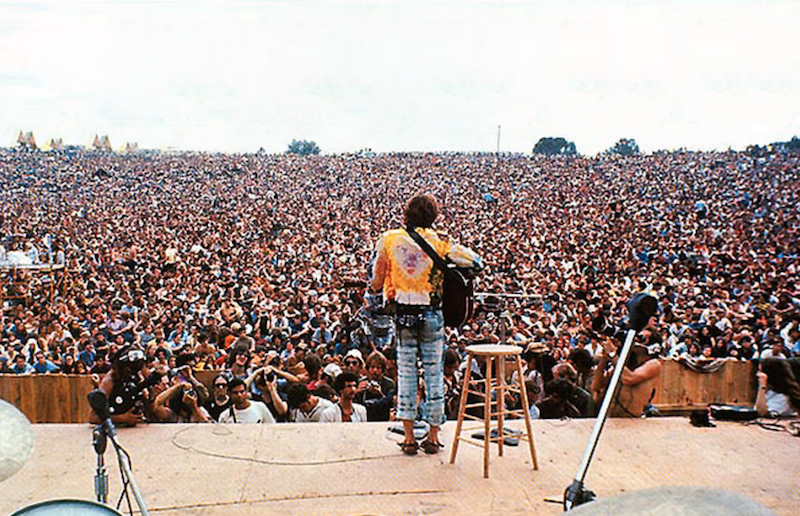 Woodstock 50 isn’t happening, but there are still plenty of ways to celebrate the iconic festival’s gold anniversary. Those looking to truly relive that long weekend back in 1969 as accurately as possible may want to tune into Philadelphia’s WXPN 88.5 FM public radio at around, oh, 5:07 p.m. EST on Thursday, August 15th. Thats when the station will begin airing completely uncut audio of the original Woodstock from start to finish at the exact time it actually occurred.

Dubbed “Woodstock – As It Happened – 50 Years On”, the unique “as if you were there” replay of the festival will include all 32 artist performances that went down on the farm in Upstate New York five decades ago. Using content from Rhino Entertainment’s new Woodstock — Back to the Garden — The Definitive 50th Anniversary Archive box set, the broadcast will feature every set break and stage announcement. Yes, even the brown acid warning. The end result will be a full presentation completely synched with the timing of the original Woodstock.

(Read: Why Did American Music Festivals Almost Disappear in the 1970s and ’80s?)

“From the movie that came out in March of 1970, to the numerous collections of recordings released over the years, there has yet to be a full authentic musical account of the concert until now,” said WXPN Associate General Manager for Programming Bruce Warren. “WXPN is going to pay the most effective tribute to the music, the way it was originally performed, at exactly the same times the sets were performed to give our listeners a feel for how it all really went down.”

If you’re not in the Philly area, fear not; you can still tune in via the WXPN website. Just as the real Woodstock did, the broadcast will end on August 18th.