Kanye West pisses off neighbors, has to tear down stupid domes 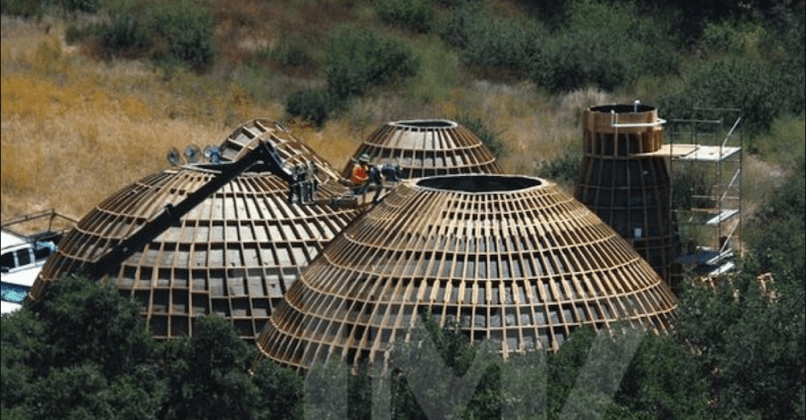 There’s no place like dome, as Kanye West has surely said. But the rapper’s plans to build a convex utopia have hit a snag.

As TMZ reports, the Calabasas construction project has been slapped with multiple building violations. Ye has until September 15th to either get his paperwork in order or tear the domes down. He’s apparently chosen the latter and demolition has already begun. But in a move that is either proof of a rebellious spirit, or more evidence that Kanye doesn’t read, the demolition is taking place in violation of city rules, and at least one neighbor has already called the cops.

Calabasas city rules only allow construction between 8 am and 5 pm. Ye’s crews have been working seven days a week, up to twelve hours a day. Via TMZ, the police were called on a Sunday at 7:30 pm and arrived to find the construction crew noisily at work. The police ordered the crew to stop immediately and they complied.

As of July 31st, photos showed four domed buildings nearly completed. By August 18th, one of those edifices had been totally demolished. Three buildings remain, including the two largest structures. It’s unclear if the work will be finished by the September 15th deadline.

When the project was initially announced, Kanye West seemed to have Utopian dreams. According to TMZ, he “believes these homes will break the barriers that separate classes … namely, the rich, the middle class and the poor.” It is not known whether West will rebuild the domes, or if he’ll try to help the poor in a different elite gated community.