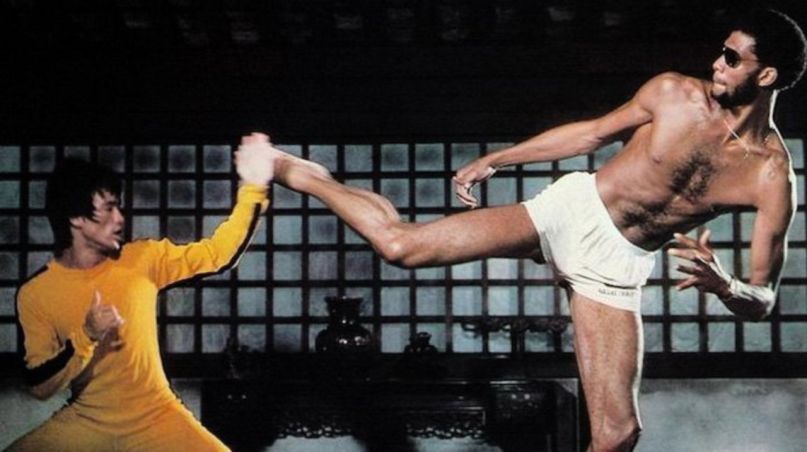 Kareem Abdul-Jabbar is the latest voice to speak out against Quentin Tarantino’s portrayal of Bruce Lee in Once Upon a Time… in Hollywood. The former six-time NBA MVP flexed his other muscle — ahem, the written word — with an emotional op-ed for The Hollywood Reporter that criticizes the filmmaker and defends his late friend and former co-star.

Right off the bat, Abdul-Jabbar stressed that “filmmakers have a responsibility when playing with people’s perceptions of admired historic people to maintain a basic truth about the content of their character.” And while he agreed that “Tarantino has the artistic right to portray Bruce any way he wants,” he argued “to do so in such a sloppy and somewhat racist way is a failure both as an artist and as a human being.”

He extrapolated on those thoughts, claiming that Tarantino’s portrayal stems from a “lapse of cultural awareness.” To this, Abdul-Jabbar revisited his friendship with Lee — after all, he made his feature-film debut in Lee’s 1972 stunner Game of Death — and digressed on how the martial arts star often “spoke passionately about how frustrated he was with the stereotypical representation of Asians in film and TV.”

“Bruce was dedicated to changing the dismissive image of Asians through his acting, writing and promotion of Jeet Kune Do, his interpretation of martial arts,” Abdul-Jabbar wrote. From there, he went on to explain why Mike Moh’s scene opposite Brad Pitt‘s Cliff Booth, in which the two fight on the studio lot in a one-off prompted by Lee, is so problematic to the storied history of the real-life legend.

The idea that Lee would instigate a fight himself really didn’t sit well with Abdul-Jabbar, who shared his own personal anecdote to the contrary. “I was in public with Bruce several times when some random jerk would loudly challenge Bruce to a fight,” he explained. “He always politely declined and moved on. First rule of Bruce’s fight club was don’t fight — unless there is no other option.”

(Read: Join Us: Manson, Mindhunter, and the Media’s Cult Mentality)

Abdul-Jabbar’s op-ed follows similar thoughts shared by Lee’s daughter Sharon. In an interview with The Wrap, she argued, “What I’m interested in is raising the consciousness of who Bruce Lee was as a human being and how he lived his life. All of that was flushed down the toilet in this portrayal, and made my father into this arrogant punching bag.”

Tarantino previously addressed the controversy in an interview with The Hollywood Reporter. “The way he was talking, I didn’t just make a lot of that up,” he argued. “I heard him say things like that, to that effect. If people are saying, ‘Well, he never said he could beat up Muhammad Ali,’ well yeah, he did. Not only did he say that, but his wife, Linda Lee, said that in her first biography I ever read … She absolutely said it.”

Once Upon a Time… in Hollywood is currently in theaters.