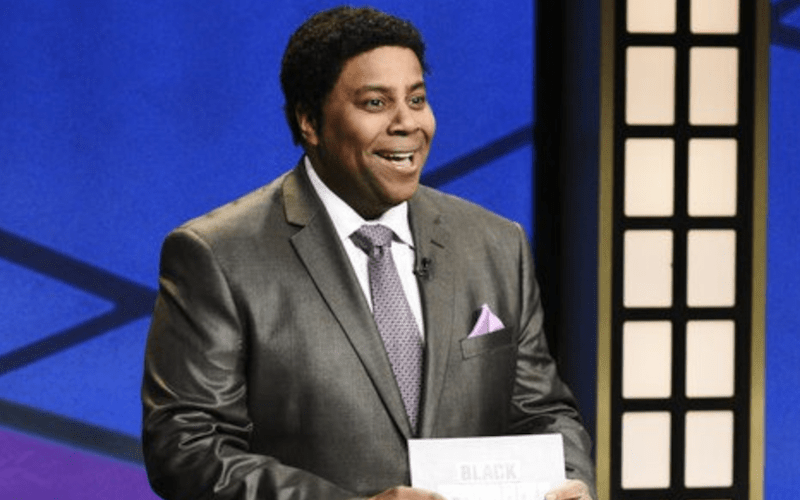 Saturday Night Live is losing one of its biggest stars, as Leslie Jones has chosen to step away from the show after five years. Alec Baldwin has also confirmed he’s finally hanging up his wig as the variety program’s resident President Trump. While it’ll be sad to see those major personalities leave, at least one prominent player intends to not only return next season, but stick around for a whole lot longer: Kenan Thompson.

There have been rumors that Thompson would be departing SNL after a record 16 seasons, given his number of ongoing projects. Not only does he have a hand in the All That revival, he’s also set to star in his own NBC sitcom. However, in a new profile with The Washington Post, Thompson confirmed that he’ll be back for a 17th go around, and as many more as Lorne Michaels will have him.

“That’s the forever plan,” Thompson said. “To never have to leave that show.”

Now that’s what’s up with that.

Elsewhere in the article, Thompson commented 2013 remarks about how SNL “just never finds black female performers] that are ready.” While he said he feels the quote was taken out of context, he also noted the controversy opened up the conversation. SNL chose to hold special auditions exclusively seeking black female comedians, which led to Sasheer Zamata and Jones being cast. “If I have to be the villain for them to hire some women up here, I will be that,” said Thompson.

Also returning with Thompson will be breakout star Kate McKinnon. Season 45 of Saturday Night Live premieres September 28th with Woody Harrelson as host and Billie Eilish as musical guests. Other hosts lined up for the season include Phoebe Waller-Bridge, David Habour, Kristen Stewart, and the highly anticipated return of Eddie Murphy.