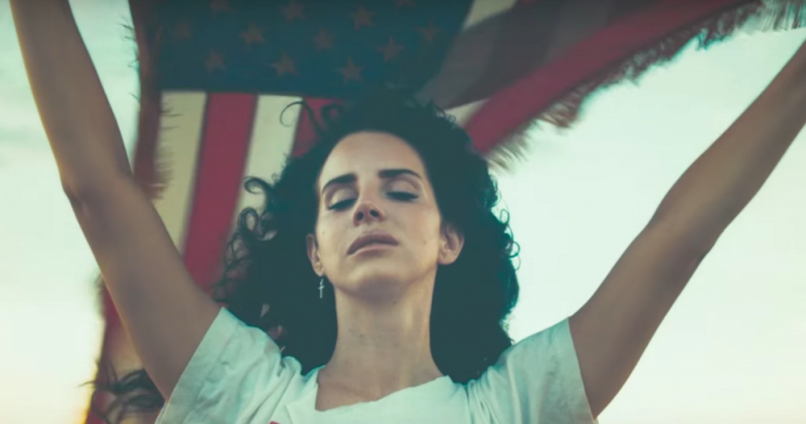 In a short period of one weekend, mass shootings in El Paso, Texas and Dayton, Ohio claimed a total of 31 lives. The tragedies and the hate-filled, xenophobic motives behind them have left the country in utter shock and upheaval.

Lana Del Rey has attempted to make sense of these shootings with a new song called “Looking for America”. The pop singer took to Instagram on Monday night to announce the track and explain how it came together in just the last 48 hours with help from producer Jack Antonoff.


“Came back early from Montecito with my brother this morning and asked Jack Antonoff to come into town because I had a song on my mind that I wanted to write.” She continued,

“Now I know I’m not a politician and I’m not trying to be so excuse me for having an opinion- but in light of all of the mass shootings and the back to back shootings in the last couple of days which really affected me on a cellular level I just wanted to post this video that our engineer Laura took 20 minutes ago. I hope you like it. I’m singing love to the choruses I recorded this morning. I’m going to call it ‘Looking for America.’”

“I’m still looking for my own version of America,” Del Rey sings on the track. “One without the guns, the flag can freely fly/ No bombs in the sky, only fireworks and you and I.”

Check out the nearly three-minute in-studio video below. Update: Listen to the studio version of “Looking for America”.

As “Looking for America” was just written, it won’t appear on Del Rey’s upcoming album, Norman Fucking Rockwell, which drops August 30th. However, it’s possible she’ll perform the song live on her upcoming US tour, tickets for which can be purchased here.

Earlier Monday, the California native previewed her “spooky” cover of “Season of the Witch”, which she recorded for Guillermo del Toro’s upcoming film Scary Stories to Tell in the Dark.