Gary Oldman and Antonio Banderas protect the 1% in first trailer for The Laundromat: Watch 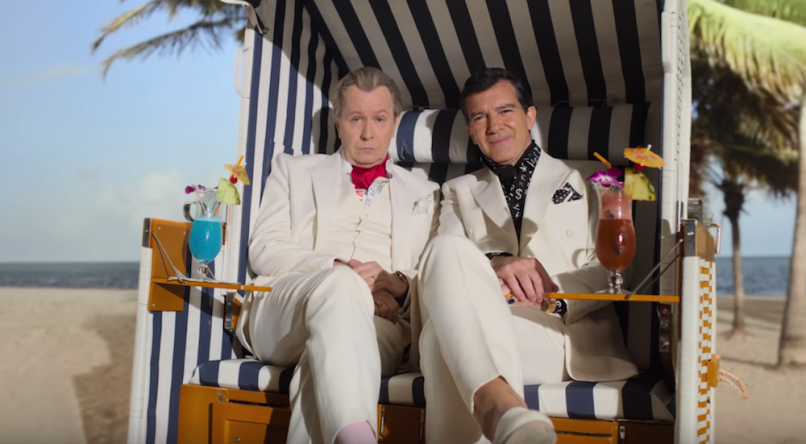 Director Steven Soderbergh takes a closer, albeit lighthearted, look at the real-life Panama Papers scandal in The Laundromat. Starring Meryl Streep, Gary Oldman, and Antonio Banderas, the film’s official first trailer has been revealed today and can be streamed below.

According to Variety, Soderbergh sought to recount the Panama Papers story in a different manner compared to other “journalists-uncover-a-scandal-story” films. “He wanted to entertain the audience with a worldwide amorality,” Variety writes. “Streep plays a middle-class woman who’s been cheated of money she’s owed; when she begins asking questions, she finds that the problem is much bigger than she’d anticipated.”

The Laundromat cast is rounded out by Jeffrey Wright, James Cromwell, David Schwimmer, and Sharon Stone. Following a world premiere at the Venice Film Festival on September 1st, it’s scheduled to hit theaters on September 27th. The film will then stream on Netflix beginning October 18th.

Previous Story
Beyond the Boys’ Club: Chelsea Wolfe
Next Story
Nick Cave on his breakup with PJ Harvey: “I was so surprised I almost dropped my syringe”
Popular
More Stories
[fu-upload-form form_layout="media" title="Submit Your Photo"][input type="hidden" name="ugc" value="1"][/fu-upload-form]