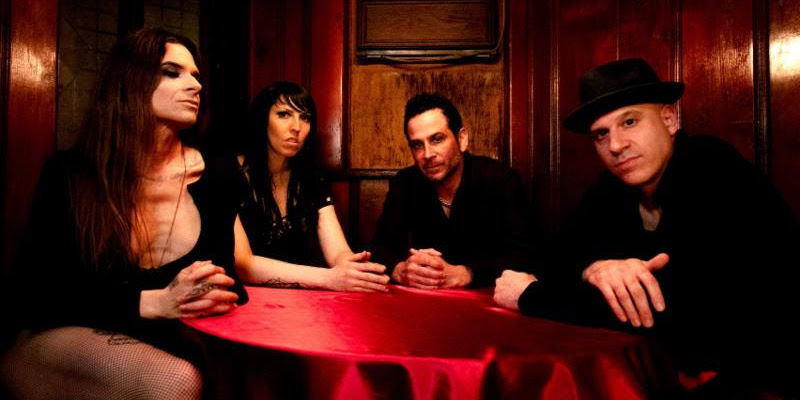 Life of Agony will release their sixth studio album, The Sound of Scars, this fall. Along with unveiling details of the LP, the veteran New York alternative metal band has unleashed the music video for lead single “Scars”.

The Sound of Scars will arrive on October 11th, and act as a “chapter two” to the band’s debut album, River Runs Red, which was released 26 years ago on October 12th, 1994. That classic album brilliantly fused groove metal, post-grunge, and the assertion of New York’s hardcore scene.

The song “Scars” is appropriate sequel material, with soaring melodic vocals from Mina Caputo over dense grooves and the cracks of a snare drum that sounds straight out of the mid ’90s.

“By far, this is the best Life of Agony record you’ve heard in years,” guitarist Joey Z. remarked in a press release. “We really went back to our roots on this one and tapped into the mindset we had when we first started the band.”

Life of Agony wrote the new album together as opposed to the piecemeal process of texting riffs and lyrics back-and-forth for 2017’s A Place Where There’s No Pain. The band certainly seemed invigorated during their NYC live set we caught back in May, where they played another new song, “Empty Hole”.

“That’s really what the old days were about, just connecting one-on-one,” bassist Alan Robert told Billboard. “We had this chemistry since we were kids. We started this band when we were kids, and it’s this unspoken bond that can’t be replicated. We’ve been in the band longer than we haven’t been at this point.”

Pre-order packages for The Sound of Scars on CD and vinyl are available via Napalm Records here, while the video for “Scars” can be seen below.

The Sound of Scars Artwork: