Report: Marvel cuts ties with Sony, will no longer collaborate on Spider-Man films

Negotiations between the two companies recently broke down 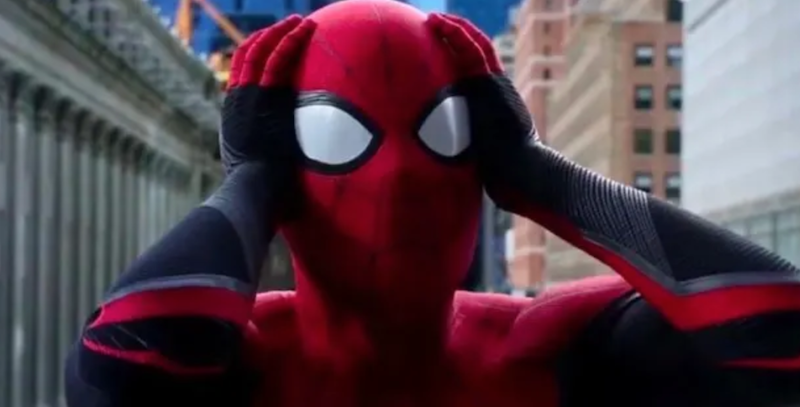 As each Marvel/Sony Spider-Man film has ended in the Disney era: “What the fu…?!”

Deadline reports that Disney and Sony Pictures failed to reach new terms in their Spider-Man creative partnership. That means that as of now, Kevin Feige will no longer produce the standalone Spidey films, and Marvel Studios will have no involvement in future productions.

Apparently, Disney was asking for a 50/50 co-financing arrangement with Sony, one that would net Feige and the company a larger share of the profits. However, Sony gave a blunt refusal, with Deadline saying they didn’t even come back with a counter offer. Instead, Sony wanted to keep the current terms, which gives Marvel about 5% of first dollar gross (money made as soon as tickets go on sale, as opposed to once a film turns a profit). With neither side budging an inch, the deal is now dead.

What’s bonkers here is that Spider-Man: Far From Home, which Feige produced, just became Sony’s highest grossing film of all time. The other summer blockbuster from Feige and featuring Spidey, Avengers: Endgame, just broke the record for highest grossing film of all time. What’s more, Sony had tried multiple times to create a sustainable Spider-Man franchise on their own and failed; it was only when they brought Feige in that they received pure critical and commercial success again with Spider-Man: Homecoming. Removing him from the picture now would be like cutting Tom Brady after the second Super Bowl ring.

From the other perspective, Sony head Tom Rothman is well known for his financial fastidiousness. It’s understandable why he wouldn’t want to give up a larger cut of a record-shattering franchise character. Two more films once again starring Tom Holland and directed by Jon Watts are already in the pipeline, and Amy Pascal is still there to produce. Plus, there’s the follow-ups to the successful Spider-Man: Into the Spider-Verse, the upcoming Andy Serkis-directed Venom sequel, and spin-offs like the Jared Leto-led Morbius all in the works within the Spider-Man cinematic universe. Rothman may be thinking Sony has everything it needs to continue winning without Feige’s involvement, especially at the price Disney is asking.

Still, the fact that there appears to have been no real negotiations here is astounding. Feige is a busy guy, but his love of Spider-Man would have kept him onboard if a deal was reached. Sony wouldn’t be having this success with the character if it weren’t for Feige’s involvement. To know neither studio seemed willing to do anything in their power to keep that success rolling is the kind of Hollywood crap that makes you hate being a movie fan.

What’s not entirely clear here is what this means for the future of Spider-Man within the Marvel Cinematic Universe. Dealine’s report specifically focuses on Marvel’s involvement in the Spider-Man franchise on its own. While that likely means MCU characters will no longer show up in the Web-Head’s solo adventures (something that has happened prominently in both Homecoming and Far From Home), it’s not yet confirmed if the reverse is also true and Spider-Man is no longer an Avenger. It seems highly likely this could be the case, but this tangled web will continue to unravel over the coming days and weeks.

Update: In a statement, Sony said it was “disappointed” that the two sides could not reach an agreement, but placed the blame squarely on the side of Disney.

“Much of today’s news about Spider-Man has mischaracterized recent discussions about Kevin Feige’s involvement in the franchise,” a Sony spokesperson said. “We are disappointed, but respect Disney’s decision not to have him continue as a lead producer of our next live action Spider-Man film.”

“We hope this might change in the future, but understand that the many new responsibilities that Disney has given him – including all their newly added Marvel properties – do not allow time for him to work on IP they do not own,” added the statement. “Kevin is terrific and we are grateful for his help and guidance and appreciate the path he has helped put us on, which we will continue.”