by Michael Pementel and Spencer Kaufman 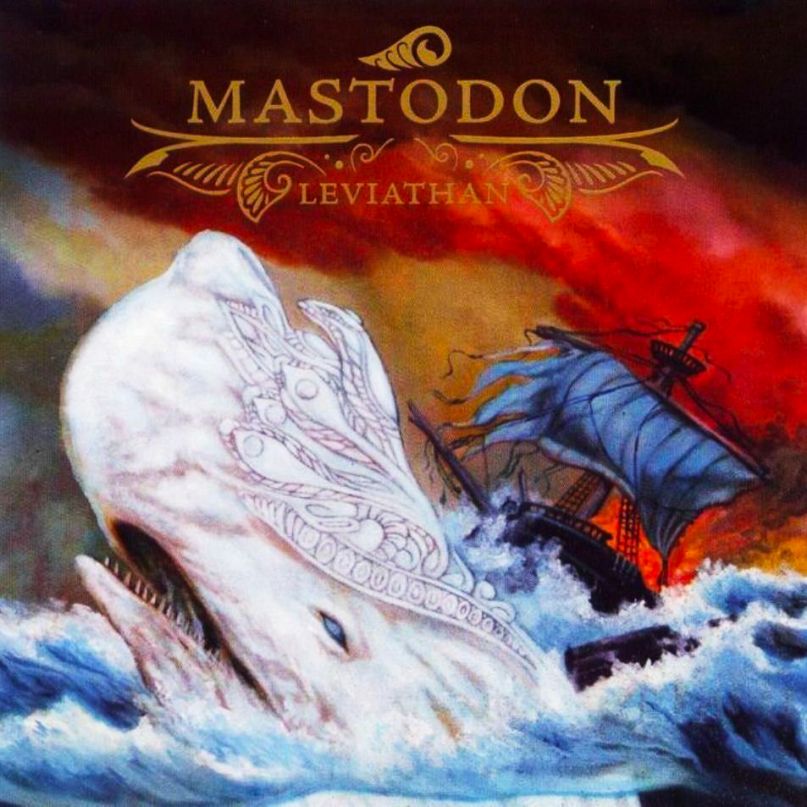 Mastodon have become a household name in the world of metal, thanks to a discography that is home to some incredible albums. With killer riffs, intriguing themes, and progressive mentality, the Atlanta-based metal band has continuously captivated the minds and ears of listeners with each release.

One of the more impactful records in their career was 2004’s Leviathan, which arrived on August 31st, 2004. While the band’s debut LP, Remission, saw lots of critical praise, Leviathan would truly display the band’s greatness; while playing to the band’s sludgier tone at the time, Leviathan displays the band’s progressive creativity, offering listeners an epically adventurous experience.

Drummer-vocalist Brann Dailor took some time to speak with us, providing insight into Leviathan’s creative process, as well as the band’s feelings behind the album. “Leviathan, that album came together pretty quickly,” began Dailor. “I think we wrote it in about three months. I just remember being in the practice space every single night, after everybody got off work, and we’d be down at the practice space, and it was just a lot of fun. It came together pretty easily.”

He continued, “We toured for like almost two months with Clutch, and we were playing most of it every night, trying to figure [the music] out, so we road-tested every single song every night, and a lot of the songs didn’t even have lyrics. So Brent [Hinds] and Troy [Sanders] were just screaming stuff. You couldn’t do that these days because everybody tapes everything, but back then we can get away with it. By the time we got out to record the stuff, our producer was pretty pissed off, because we were pretty fried. We had been on tour in our van for two months, and he’s like, ‘Man, don’t ever do that again.’ But I think that the recordings came out great because we were such a well-oiled machine by the time we got out to [the studio].”

Loosely based off the 1851 novel Moby Dick, Leviathan represents the band’s first conceptual album. Even before the music kicks off, one can’t help but be drawn in by the album’s cover art; the majesty of the immense white whale with a ship on its back is still one of the grandest album covers in music history. Speaking to the Leviathan’s concept, Dailor shared, “We had the big idea about the Moby Dick thing, which we all we excited about for the aesthetics, and the ability to do our own concept album that was based off this amazing piece of literature.”

“Blood and Thunder” opens on vibrant riffs and a steady pounding force. The track’s first half maintains this pace, the drums and bass providing an extra heft alongside the catchy rhythm. At the song’s halfway point, the guitars unfurl into this lovely rise of melody, the drums kicking up the intensity. In combination with the deep vocal drawls, the track gives this awesome sensation of a storm over the seas. “I remember we were going to release ‘Blood and Thunder’ as the first single,” Dailor said, “and our publicist at Relapse Records calling me in a panic, saying, ‘We can’t release that as the first single. People aren’t gonna be into it. We need to release “Iron Tusk” because that’s more like Remission. And people are gonna be shocked at the change that ‘Blood and Thunder’ is.”

One incredible element about Leviathan is its sense of the atmosphere; the band’s material sets a tone and offers listeners fascinating compositions. In “I Am Ahab”, the band present a vibrant sludge presentation. Through the rampant drum patterns and beating bass, the guitar’s rapid progression throughout the song exudes this triumphant sensation; the various shifts in tempo build upon this aura, painting a picture of one setting out to sea.

As a band, Mastodon have excellent chemistry; since the release of their first album, it has been Dailor, Brent Hinds (lead guitar), Bill Kelliher (rhythm guitar), and Troy Sanders (bass), with all members providing vocals on various tracks throughout their career. The band’s camaraderie feels like a beast throughout Leviathan; like a well-calculated madness, each song rips and slams forward, each aggressive and atmospheric component fitting into place.

“Seabeast” starts things off on a slower progression, the instrumentation rising with the singing. One factor that makes Leviathan such a fascinating record is the use of aggression and calmness found within certain songs. Leviathan never overloads with heaviness or drags on for too long; instead, pacing is masterfully captured within each song, as well as the album as a whole. There’s a superb level of technicality at work here as the band keep each composition fresh and spontaneous. Later on in “Island”, the guitars present this whirlwind of frantic tones that play off one another. As one guitar shrieks, the drums and bass pummel down, building up tension before the song rolls to a close.

At the time of its release, Leviathan made for an immense step forward in the band’s career. Remission is a work of colossal chaos; bombastic instrumentation is present throughout the majority of its runtime, the band incorporating some intriguing song chemistry. Leviathan takes the band’s heavy style and spins it into various moods and sounds, while also presenting more varying song structures.

With each guitar note and beating drum pattern, “Naked Burn” exudes excitement. The song will shift between aggressive and more laid back vibes, but regardless of intensity level, the band perfectly capture a theatrical thrill throughout the material. In “Aqua Dementia” and “Hearts Alive”, both tracks incorporate stellar compositional structure; through their winding instrumentation, varying tempos and tonal shifts, these cuts lead in one direction, only to catch the listener by surprise when they evolve. Even at this early point in their career, Mastodon display their ability to create seamless transitions, establishing a heavy, even semi-meditative quality to their work.

Fifteen years later, Leviathan is an absolute masterpiece that has stood the test of time; some have even gone as far as to call it one of the most important metal records of the 21st century. With Leviathan, Mastodon laid the groundwork for all their heavy and progressive material to come. In the world of metal, Leviathan is both a representation of technical prowess, as well as how to present a work of theatrical depth. Whether you’re listening to Crack the Skye or Emperor of Sand, one can hear and feel the influence of Leviathan through those albums.

Reflecting back on completing the album, Dailor recalled, “I remember sitting in an Extended Stay parking lot when it was finished, and we sat out there and drank like a case of beer, and listened to Leviathan over and over again. We were very excited about the way it had turned out. I wasn’t sure what people were going to think of it. I remember there were people that were mad about “Blood and Thunder” and they said that it was too simple and straightforward. We were just writing whatever we wanted to, and whatever we liked.”

He concluded, “But Leviathan kind of changed everything for us. All our shows started to be sold out, and we were like, ‘Wow, things are happening!’ We started getting attention from major labels, which definitely put us on the defense. And we got some management going, and we were on Ozzfest, and started touring with Slayer. Yeah, Leviathan was one of those albums that really sort of changed the band’s life. It was definitely a pinnacle moment for us.”

With Leviathan, Mastodon caught their great white whale. The album is a true work of heavy metal mastery, and will forever remain a staple of progressive music.