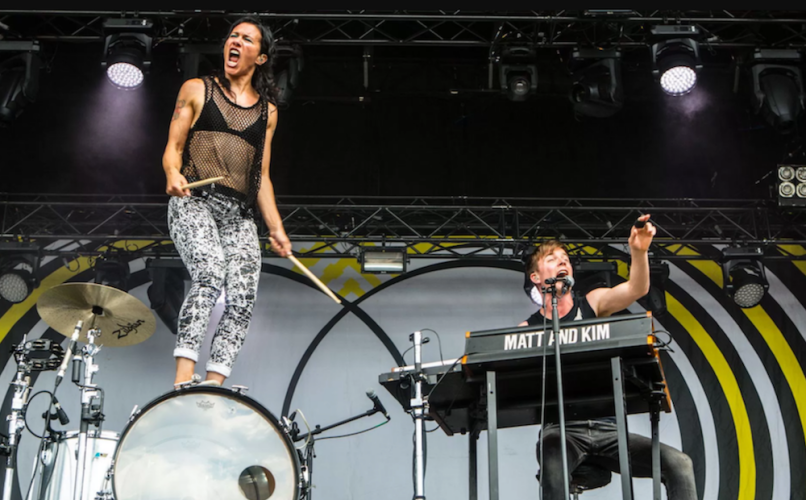 Schifino persevered to finish the band’s performance, but later had to be carried off the stage. Despite the harrowing incident, the indie pop duo has confirmed its previously announced “Grand 10th Anniversary Tour” will still go on as planned.


“Kim’s the most badass person I know and a true performer,” the band’s Matt Johnson posted on social media. “And in the saying ‘the show must go on’ she has gone directly into physical therapy and her doctor says with intensive work she will be ready to go for the GRAND anniversary tour this fall.”

He added, “As incredibly sad as she is about this injury she was even more sad at the prospect of missing this tour so we are proud to say it will happen.”

In order to better prepare for the “Grand” tour, however, Matt and Kim are no longer performing at New Jersey’s Sea.Hear.Now. Festival in September. “Her doctor feels it’s too soon and dangerous for her recovery,” Johnson noted.

Schifino, who is known for her exuberant live performances, previously suffered a traumatic onstage knee injury in 2017. That accident forced Matt and Kim to cancel a handful of tour dates.

The “Grand” tour officially begins October 17th and will see Matt and Kim play their 2009 album in full. Tickets can be purchased here.

Find all of the indie pop outfit’s social media posts below.