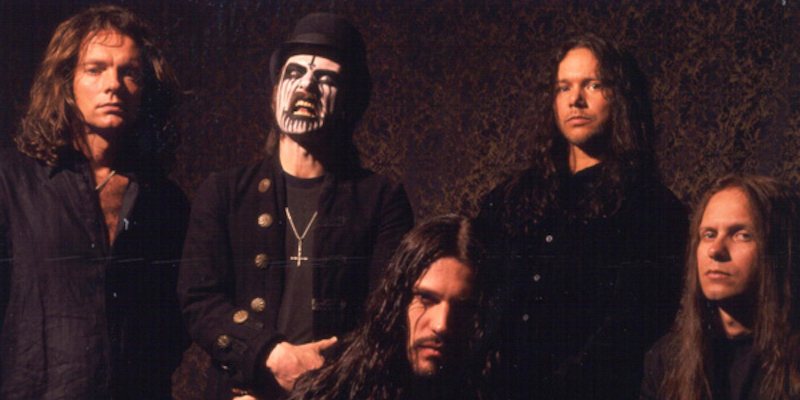 Mercyful Fate, the legendary Danish heavy metal band led by singer King Diamond, will reunite next year for their first shows in more than 20 years. Moreover, they will record new tunes that will mark the band’s first original music since their 1999 album, 9.

The lineup will consist of founding members Diamond and guitarist Hank Shermann, as well as 9-era members Bjarne T. Holm (drums) and Mike Wead (guitar). Rounding out the band will be Armored Saint bassist Joey Vera taking the place of classic member Timi Hanson, who will not be available. Update: Hanson is battling cancer.

“We asked Joey Vera (Armored Saint, Fates Warning) to fill in because he has a very unique style and sound playing with his fingers, much like that of Timi Hansen,” said the band in a statement. “This is very important, since the set list will only consist of songs from the very first ‘mini LP’, the Melissa album, and the Don’t Break the Oath album, plus some brand new songs written specifically in that very same style.”

The statement continued, “This will very much be Mercyful Fate as we were in the very beginning, except for a brand new major stage production.”

Thus far, only one date has been revealed, a June 17th, 2020, appearance at Copenhell Festival in Copenhagen, Denmark, but the band stated that it “will be playing an unspecified number of concerts throughout Europe during the summer of 2020.”

Mercyful Fate formed in 1981, and went on to influence the black metal genre as well as thrash titans like Metallica and Slayer. They disbanded in 1985, with King Diamond going on to form his eponymous band, which still remains active. Mercyful Fate then reunited in 1992 and remained active until 1999.

Since then, the classic members have only gotten together to re-record some tracks for Guitar Hero: Metallica in 2008, and to perform onstage with Metallica at one of the thrash band’s 30th anniversary shows in 2011.