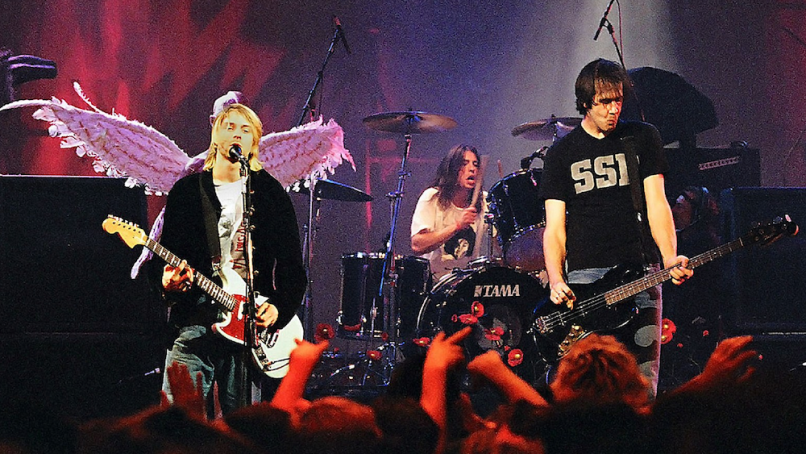 Today is an especially exciting day for fans of Nirvana, as the band’s 1993 set Live and Loud has been released digitally and on vinyl for the first time. What’s more, a recording of the full concert has been uploaded to the band’s official YouTube channel.

Live and Loud documents Nirvana’s December 1993 performance at Pier 48 in Seattle in support of their third and final studio album, In Utero. As such, it showcases the band’s final touring lineup of Kurt Cobain, Krist Novoselic, Dave Grohl, and Pat Smear.

Footage from the concert was broadcast on MTV, and a live recording was later released as part of the 20th anniversary of In Utero. However, Live and Loud has never before been made available as a standalone collection on streaming platforms or pressed on vinyl until now.

Below, you can find a playlist of Nirvana’s 17-song Live and Loud performance, which kicks off with “Radio Friendly Unit Shifter” and also includes “Pennyroyal Tea”, “Scentless Apprentice”, “All Apologies”, and “Endless, Nameless”. (Note: Nirvana’s cover of “The Man Who Sold the World” was not officially added to Nirvana’s YouTube channel, but we included a separate upload in the playlist.)

You can pick up a copy of Live and Loud on vinyl here.