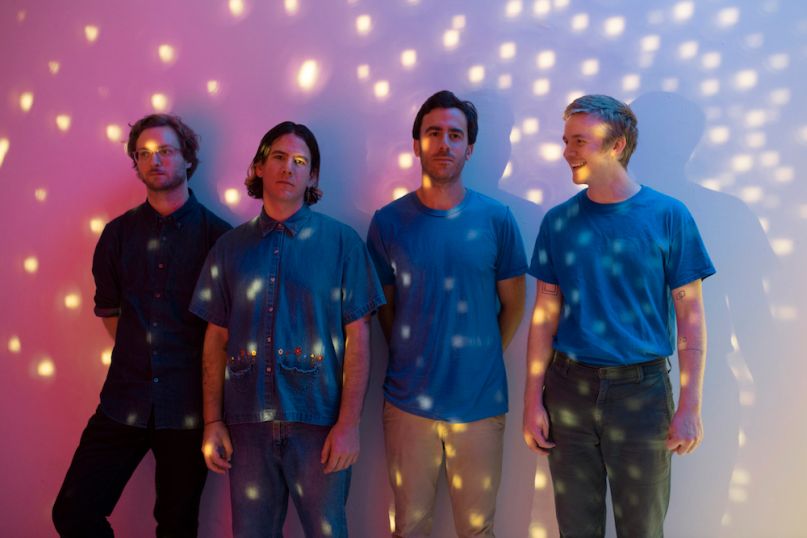 “Moment” follows 2018’s Skylight, which was self-released by the group. That album emerged after Pinegrove took a year-long hiatus following accusations of sexual coercion against lead singer Evan Stephens Hall.

This latest offering finds Hall purposely pausing to be mindful of his surroundings. “‘Moment’ for me was a way of thinking about gratitude in the context of chaos or tedium,” he elaborated in a statement. “This last stanza says directly what i say more obliquely in the verses, zeroing in after a meandering route”:

Pinegrove will be on tour beginning next week, and you can grab tickets here.

Previous Story
In Photos: Social Distortion and Flogging Molly Play The Rooftop at Pier 17 in New York City (8/25)
Next Story
Film Review: Tigers Are Not Afraid Is a Furious Elegy to the Ghosts of the Mexican Drug War
Popular
More Stories
[fu-upload-form form_layout="media" title="Submit Your Photo"][input type="hidden" name="ugc" value="1"][/fu-upload-form]