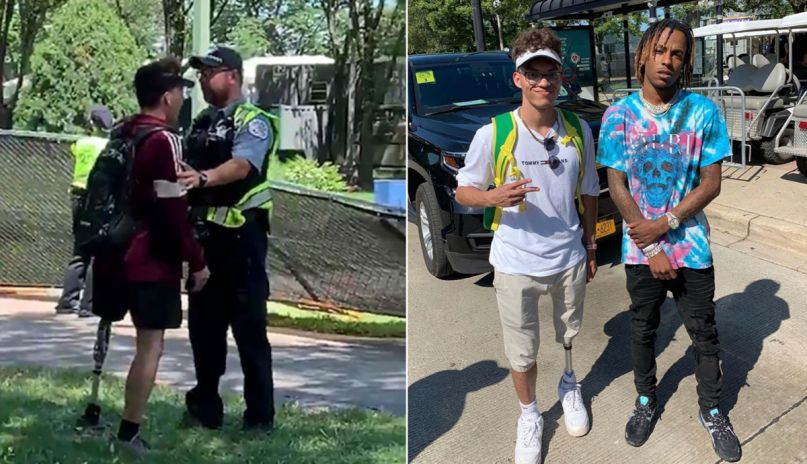 Rich the Kid with fan

A cavalcade of teenagers attempted to storm the gates at Lollapalooza on Friday. Police say none of them successfully made it inside the festival, though a vast majority did manage to penetrate the exterior gate. One gate-crasher didn’t even make it that far, however: a young man with a with a prosthetic leg was immediately intercepted by an officer.

After video of the one-legged gatecrasher went viral, Atlanta rapper Rich the Kid apparently got in touch and hooked him up with a pass for the entire weekend.

I’m sure Lolla organizers don’t want to glorify any person who attempts to illegally enter the fest, but this feels like the best possible outcome. Kudos to Rich the Kid for taking care of this living legend.

Update: TMZ reports that the kid is named Mekailo Woodfork and he was also offered tickets by Lollapalooza founder Perry Farrell.

Youths storm the gates of #Lollapalooza as a practice run for the raid on #Area51 pic.twitter.com/ZsV4ZD7Nom