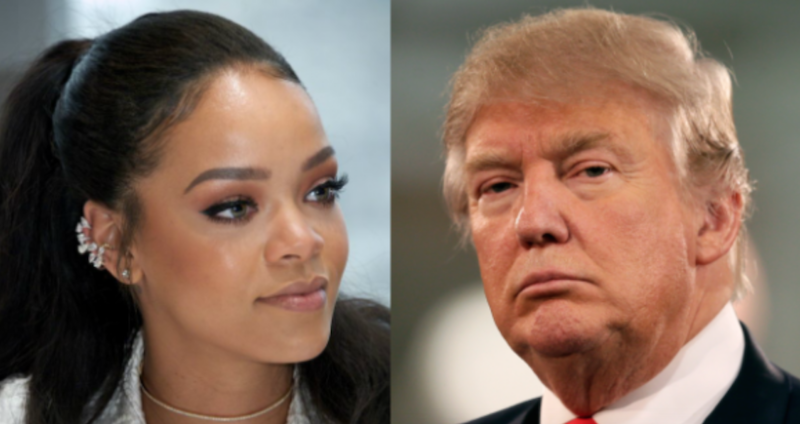 In the wake of yet more tragic mass shootings across the country, many politicians are once again resorting to their ineffectual “thoughts and prayers” line. Rihanna isn’t having it, though, as she stepped up to call out Donald Trump for failing to call recent tragedies in El Paso, Texas; Dayton, Ohio; and Gilroy, California what they truly are: acts of terrorism.

Sharing a screenshot of Trump’s tweet about Saturday’s attack in El Paso, Rihanna wrote on Instagram, “Um… Donald, you spelt ‘terrorism’ wrong! Your country had 2 terrorist attacks back to back hours apart leaving almost 30 innocent people dead. This, just days after yet another terrorist attack in California…”

The singer went on to insinuate that Trump’s immigration and gun control policies alongside his racist rhetoric have done nothing to stem the tide of gun violence in America, and are rather contributing to it. “Imagine a world where it’s easier to get an AK-47 than a VISA!” she wrote. “Imagine a world where they build a wall to keep terrorists IN AMERICA!!!”

This isn’t the first time RiRi has had words for Trump. In November, she sent him a cease and desist letter over his use of “Don’t Stop the Music” at his campaign events.