by Sean Lang and Samantha Lopez 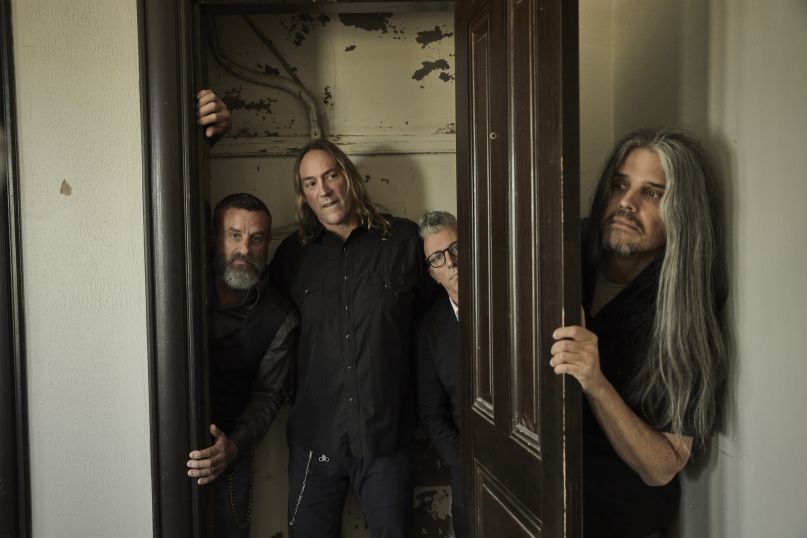 Each week we break down our favorite song, highlight our honorable mentions, and wrap them all up with other staff recommendations into a New Sounds playlist just for you. Be sure to subscribe here. This week’s top song is Tool’s “Fear Inoculum”.

For all of the legions of loyal Tool fans, the long wait is finally over. Not only has the prog-metal band released their first single since 2006’s 10,000 Days, but they’ve also made their full discography available on streaming services for the first time ever. “Fear Inoculum”, the song, arrives as the first track off of Fear Inoculum, the album, due out August 30th. Over their now 29-year-long career, Tool has amassed a fan base that is probably more consistently enthusiastic than that of any other modern rock band. Especially being that they’ve anticipated the return of Tool for over a decade, it’s not surprising that fans are already clamoring over each other, eking every ounce of meaning that they can out of this 10-minute-long epic. On the subreddit dedicated to the band, it’s equally heartwarming and sobering to see users congratulating each other for staying alive long enough to hear the song. Encapsulating the overall reaction to Tool’s return, one user wrote: “recognize this as a holy gift and celebrate this chance to be alive and breathing.”

There’s an enigmatic, sometimes overwhelming intensity about Tool that makes them more than a little bit magnetic. To be frank, there just aren’t many groups who would be met with this much excitement after dropping a 10-minute-long song. “Fear Inoculum” is classic Tool, arresting in much the same way they’ve always been, and on it lead vocalist Maynard James Keenan mythologizes a toxic relationship. Whereas many lyricists seem to reach for greater truths in the minutiae of everyday life, Keenan opts to recontextualize the ordinary using language that’s decidedly spiritual, biological, and technical. “Immunity, long overdue/ Contagion, I exhale you,” he opens the song, later closing “Unveil now, lift away/ I see you runnin’/ Deceiver chased away/ A long time comin’”, presumably having conquered the toxic presence that hangs over most of “Fear Inoculum”’s narrative.

Jay Som’s, AKA Melina Duterte’s, sophomore album, Anak Ko, is due later this month. This week we were graced with her third single, “Nighttime Drive”, along with a bizarre, new video, too. In very Jay Som fashion, “Nighttime Drive” has an effective tenderness to it. The lo-fi, ethereal track’s melody is accompanied by introspective and semi-ironic lyrics that create an almost painfully self-aware and dismissive, daydreamy, and lazy summer-daze feeling. She sings, “Been watching hours pass/ Inside cars with no glass/ Constructing shallow dreams of/ Shoplifting at the Whole Foods.” Sounds like long summer days and sticky summer nights growing up in a small town to me. The song ends with a full string section, creating the track’s climatic point. The video for “Nighttime Drive” is directed by Han Hale and has a weird X-Files vibe, complete with aliens, black trench coats, and crop circles. The video, along with the track, leaves you feeling a little disoriented. –Samantha Lopez

“Boyfriend” is for anyone who has ever had a crush on their best friend. The song also has a hilarious music video. The unsurprisingly catchy track reunites Ariana Grande with her longtime collaborators Social House and fixates on that specific “oh shit” moment when one realizes they feel a little more than they’d like for their supposed platonic friend. The songs starts with “I’m a motherfuckin’ train wreck,” and Grande belts out in the first verse: “And I might not be the one for you/ But you ain’t about to have no boo.” Which honestly, same. We’ve all been there. We’ve all had those suppressed romantic feelings that twist into jealousy that only rears its ugly head as soon as someone else starts flirting with your crush, right? –Samantha Lopez

Slipknot – “Birth of the Cruel”

Like Tool, Slipknot often traffic in the spiritual, and “Birth of the Cruel” is no exception. The first verse opens with a reference to the disciple who betrayed Jesus in the Bible. “I’m just a Judas, lookin’ for a silver line,” sings bandleader Corey Taylor, casually painting himself as the villain of whatever story is about to follow. The metal group’s sixth studio album, We Are Not Your Kind, came out Friday. –Sean Lang

UK punk band IDLES made waves with their sophomore album, Joy as an Act of Resistance, which came out last year. “I Dream Guillotine” finds the band as explicitly political as ever. “There’s no such thing as a broken home/ Tell that to the front line, the bread line, the welfare line/ The factory line,” vocalist Joe Talbot barks, indicting the blatant ignorance of the bourgeoisie over railing guitars and resonant percussion. –Sean Lang

Click ahead for more song picks and our exclusive playlist.