Notes on a Conditional Form is due out February 2020 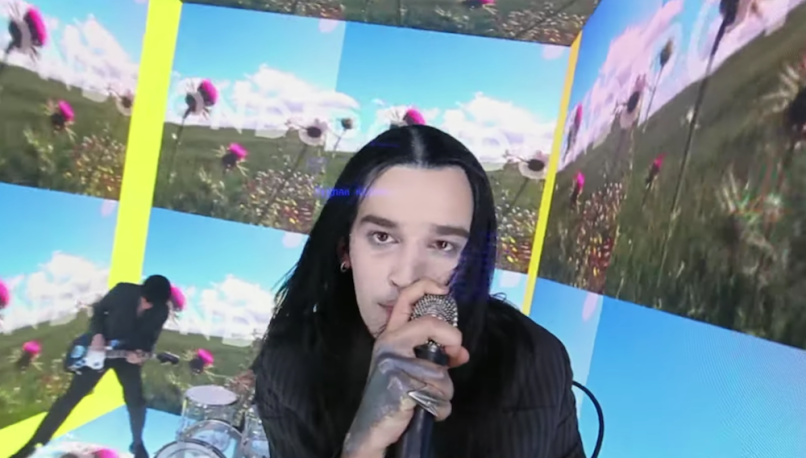 The 1975 have officially confirmed a release date for their new album, Notes on a Conditional Form. The follow-up to last year’s A Brief Inquiry into Online Relationships arrives . Update, January 13th: The band has pushed the release date to April 24th. Additionally, the band has delivered a fresh single off the LP titled “People”.

On the boisterous track, singer Matty Healy attempts to rally the masses with a literal wake up call,

“Wake up, wake up, wake up/ It’s Monday morning and we’ve only got a thousand of them left/ Well, I know it feels pointless and you don’t have any money/ But we’re all just gonna try our fucking best/ Well, my generation wanna fuck Barack Obama/ Living in a sauna with legal marijuana.”

“People” comes with a corresponding music video by Healy, Warren Fu, and Ben Ditto. It’s a flashy watch that stars the band and can be seen below. (Note: The clip comes with a warning for those with epilepsy.)

The group previously teased the new album with the excellent “The 1975”. Ahead of the release of Notes on a Conditional Form, The 1975 will tour North America in the fall. Make sure to grab your tickets here.

Previous Story
Paul Rudd to star alongside Paul Rudd in new Netflix series Living With Yourself
Next Story
Chances with Wolves dig deep into their crates on The General Stereo on CoS Radio: Stream
Popular
More Stories
[fu-upload-form form_layout="media" title="Submit Your Photo"][input type="hidden" name="ugc" value="1"][/fu-upload-form]