The Highwomen share cover of Fleetwood Mac’s “The Chain”: Stream 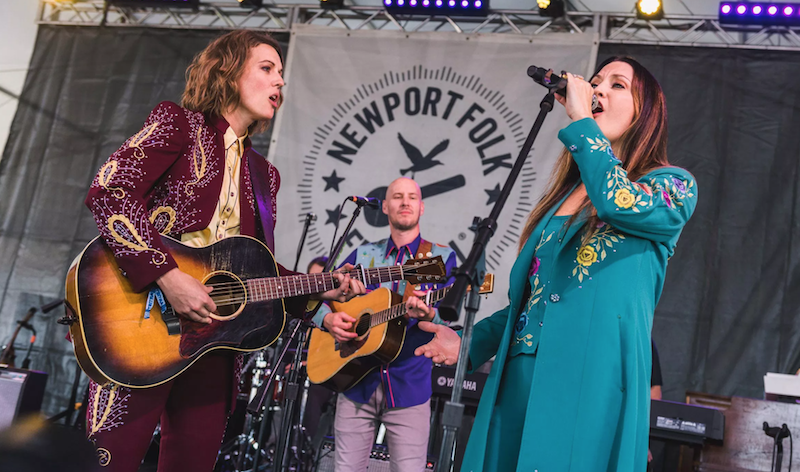 The Highwomen had plenty of highlights during their debut at Newport Folk Festival over the weekend, but not many the crowd could sing along to. After all, the country supergroup featuring Brandi Carlile, Natalie Hemby, Maren Morris, and Amanda Shires has yet to release an album and this was their first-ever show. However, there was a killer cover of the Fleetwood Mac classic “The Chain” that received a wild reception, and today we’ve been gifted the studio version of the rendition.

Powerful harmonies are clearly The Highwomen’s forte, and that’s doubly true on this cover, their voices in perfect balance. Putting a unique touch on such an iconic track can be difficult to pull off, but the quartet are more than up to the challenge here. The result is a complete knockout, full of layered vocals and ragging guitar (which we’re going to pretty safely assume come from Shires’ husband and Highwomen collaborator Jason Isbell).

“The Chain” isn’t featured on The Highwomen’s forthcoming self-titled debut; instead, it’s off the soundtrack to the new film from Andrea Berloff, The Kitchen. We got a taste of the track in the movie’s first trailer, and now we have the full version to listen to below.

The Highwomen is out September 6th via Low Country Sound/Elektra Records. Pre-orders for the collection are available now.

The Kitchen, meanwhile, is out August 9th and stars Melissa McCarthy, Tiffany Haddish, and Elisabeth Moss. Watch the trailer that first introduced us to The Highwomen’s “The Chain” below.