The Highwomen rework The Highwaymen’s namesake track as “Highwomen”: Stream

Yola joins the country supergroup on the remake 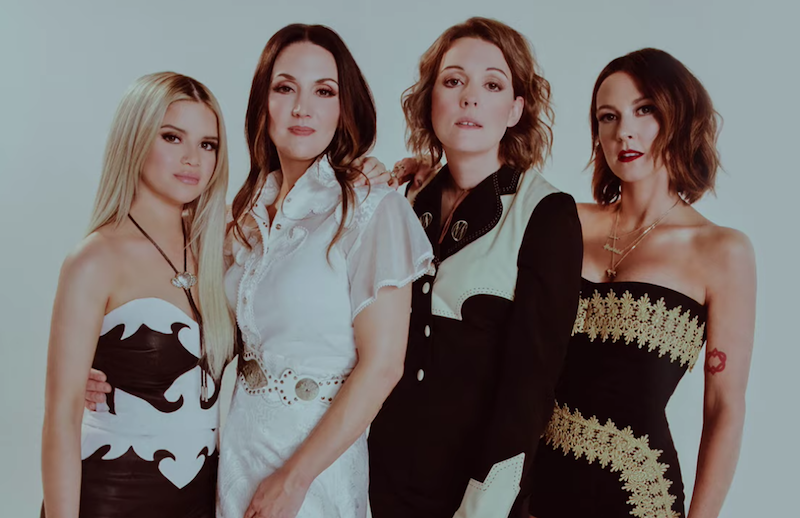 Country supergroup The Highwomen took their name as an homage to the iconic outlaw country collaboration The Highwaymen, made up of Johnny Cash, Waylon Jennings, Kris Kristofferson, and Willie Nelson. It was only to be expected, then, that Brandi Carlile, Natalie Hemby, Maren Morris and Amanda Shires would rework that group’s signature namesake track. After debuting the song back at Newport Folk Festival, the quartet have now shared the studio version of “Highwomen”.

Just like in the original, members of The Highwomen take on different personas, each one countering the “archetypal” expectations of a woman. Carlile sings about a Honduran refugee, Shires takes the perspective of a victim of the Salem witch trials, and Hemby embodies a preacher prosecuted for her gender. Yola takes on honorary fifth Highwoman status with her guest verse as a civil rights freedom rider.

The Highwomen add another twist to what The Highwaymen lay down before them, all their voices joining together for a powerful final verse:

“We are The Highwomen, singing stories still untold/ We carry the sons, you can only hold/ We are the daughters of the silent generations/ You sent our hearts to die alone in foreign nations/ It may return to us as tiny drops of rain/ But we will still remain.”

Speaking with Zane Lowe on Beats 1, Carlile touched on working on the remake with original “Highwaymen” songwriter Jimmy Webb. “We asked him if he wanted to contribute to the rewrite. We told him what the concept of the movement and the band was,” she recalled. “And he wrote us back, and said that he felt it was spot-on, and we were complimented by that to no end.”

Take a listen to “Highwomen” below.

The Highwomen’s self-titled debut album is out September 6th via Low Country Sound/Elektra Records. Previous singles “Redesigning Women” and “Crowded Table” will be featured on the LP, but their cover of Fleetwood Mac’s “The Chain” won’t. That song was recorded exclusively for the soundtrack to The Kitchen.

Below, watch The Highwomen perform their namesake song with some extra help from Sheryl Crow during Newport Folk’s already legendary ♀♀♀♀: The Collaboration set.