The Marvelous Mrs. Maisel heads out on tour in first teaser for Season 3: Watch

Premiering in December, the new season of the Amazon Original Series sees Midge hitting the road 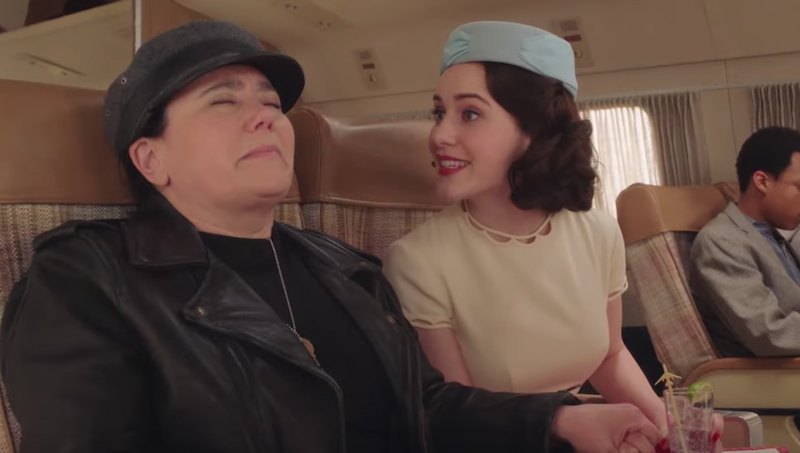 There comes a time in any good stand-up comedian’s life when they must leave comfort behind and hit the road. For Miriam Maisel, that time is December 6th, when Amazon premieres Season 3 of The Marvelous Mrs. Maisel. Today, the streaming service has revealed a new look at the upcoming season with its first teaser trailer.

Not much about Midge’s (Rachel Brosnahan) journey is revealed in the brief preview, but it’s clear the Emmy- and Golden Globe-winning series isn’t losing any of its pep. The teaser finds the titular Mrs. Maisel and her trusty manager, Susie (Alex Borstein), heading out on tour with Shy Baldwin (Leroy McClain). There are stops in casinos (both legal and backroom), flag drops at street races, and even a USO show. All the while, Joel (Michael Zegen) remains in Midge’s corner, while her parents (Marin Hinkle and Tony Shalhoub) wrestle with her new career.

And yes, that’s Sterling K. Brown greeting Midge and Susie on the plane.

Take a look at the Marvelous Mrs. Maisel Season Three teaser trailer below. Tits up.