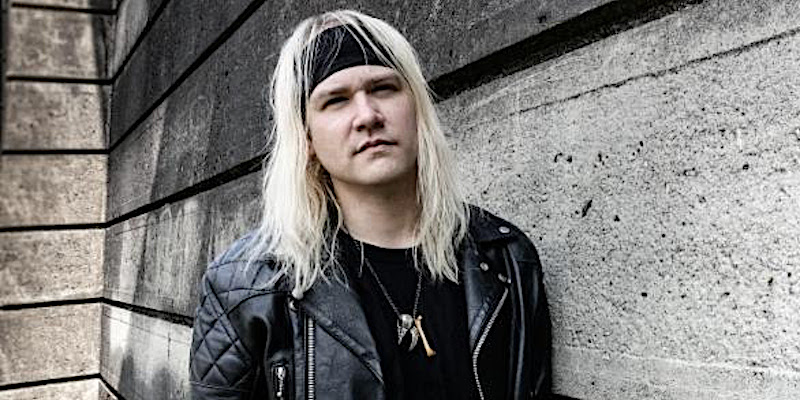 Purveyors of crossover thrash Toxic Holocaust are set to return with a new album, Primal Future: 2019. Along with the album announcement, the band has shared a lyric video for the first single, “Chemical Warlords”.

Primal Future: 2019 arrives October 4th via Entertainment One, and the track “Chemical Warlords” fits right in with the band’s legacy of riff-laden punkish metal with its declaratory refrain: “You build it up, we’ll tear it down.”

The brainchild of leader and multi-instrumentalist Joel Grind, Toxic Holocaust have become one of the staple bands of the crossover thrash style, which combines the raw urgency of punk rock with the speedy aggression of thrash.

The band has been quiet for a few years, with its last release being the “Life is a Lie” single as part of the Decibel Flexi Series back in 2014. Like the band’s early material, Grind plays every instrument on Primal Future: 2019. He also mixed and mastered the release by himself.

“When I started the band in 1999, I never imagined I’d still be doing it in 2019,” Grind explained in a press release. “It’s been a long time coming, but the new album is finally ready, and it’s sort of a culmination of my past 20 years of doing this band. Most notably, I decided to go back to my roots and record this entire album by myself and play all of the instruments like I did in the early days. It was a lot of fun and nostalgic and at the same time, exciting to be able to apply everything I’ve learned over the years.”

Toxic Holocaust are set to tour North America this fall in support of GWAR alongside Sacred Reich and Against the Grain. Pre-orders for Primal Future: 2019 in physical and digital formats are available here.