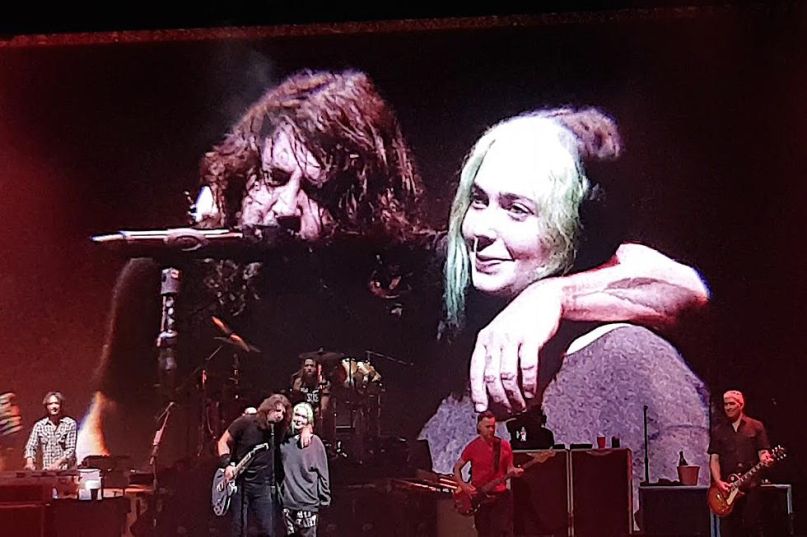 Talents runs deep in the Grohl family, as evidenced once again during Foo Fighters‘ headlining performance at Leeds Festival this past weekend. Dave Grohl‘s 13-year-old daughter, Violet, joined the band to perform their hit “My Hero”.

“This has been a special trip for me because on this trip we have a new Foo Fighter in the band with us,” Grohl told the audience, adding, “Let me tell you something—she is the best fucking singer I know! Ladies and gentlemen, the best singer in the Grohl family: Miss Violet Grohl right now, right here!”


Watch fan-captured footage of the performance below.

Violet toured briefly with Foo Fighters last summer, singing backing vocals on songs like “Dirty Water” and “The Sky is a Neighborhood”. She also joined her father for a charity concert and covered Adele’s “When We Were Young”.

Presumably young Violet will be back in school by the time Foo Fighters return to the US for a series of festival gigs this fall. However, maybe she’ll pop up on that new album in the works.