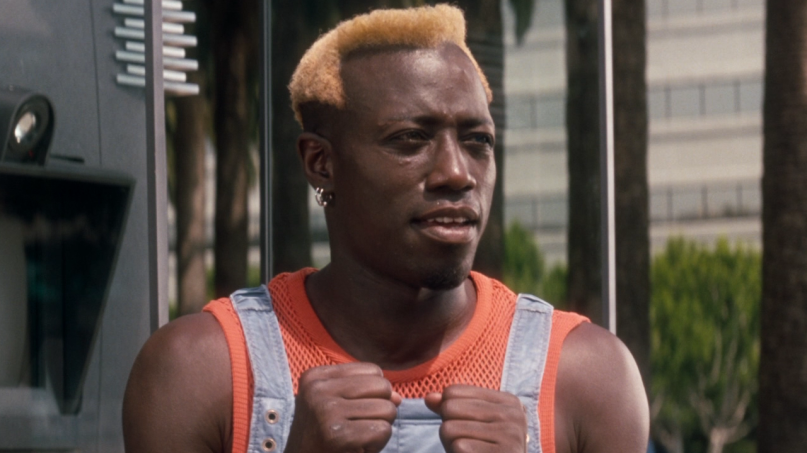 Wesley Snipes is heading to Zamunda. According to The Hollywood Reporter, the veteran actor has signed on to star in Coming to America 2. He’ll play a new character named General Izzi, who rules a neighboring nation opposite of Eddie Murphy’s Prince Akeem.

The casting makes sense. After all, Snipes is already set to star alongside Murphy in this fall’s Dolemite Is My Name!, Netflix’s forthcoming Rudy Ray Moore biopic which is also being directed by Craig Brewer. Clearly, they had a fun time working together.

Once again, the film follows Akeem in search his long-lost son in America. If you recall, the original followed Akeem’s quest to find true love, so how this all pans out will be intriguing to say the least. Here’s hoping it doesn’t piss off the McDowell empire.

As previously reported, Brewer directs from a screenplay written by Kenya Barris and the original film’s screenwriters Barry Blaustein and David Sheffield. In addition to Murphy and Snipes, Arsenio Hall is also set to reprise his role as Akeem’s pal Semmi.

Update: The full cast has now been confirmed. Snipes will play General Izzi, the ruler of a neighboring nation of Zamunda. James Earl Jones and Paul Bates are both reprising their roles as King Jaffe Joffer and Prince Akeem’s bodyguard Oha. Other new cast members include Leslie Jones, Rick Ross, Kiki Layne, and Jermaine Fowler, who will play Akeem’s long lost son, Lavelle.

The sequel picks up as Akeem is about to become King of Zamunda. At the request of his father, Akeem returns to America so that he can groom his son as the new crowned prince.