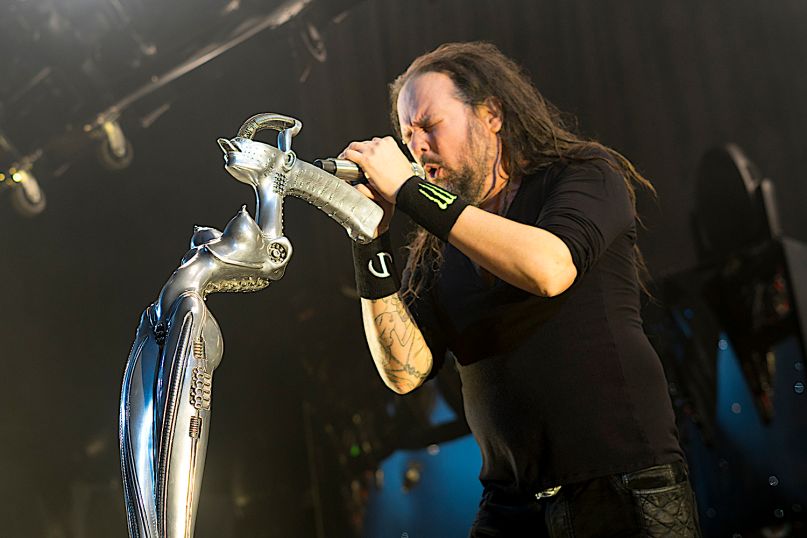 Raise your hand if you’ve ever made fun of nü-metal. It’s okay. In much the same way that the sub-genre tends to be remembered as one big, weird, Jnco-clad phase for American pop culture around the turn of the millennium, retroactive apologies for having ever been down with it in the first place became their own rite of passage for a certain generation.

In light of Korn’s new album, The Nothing, we cherry-picked 10 songs that are (probably) better than the established mean within nü-metal. They’re not ranked in any way, and while our results may vary from your own, we genuinely tried to reclaim a great many artists’ hard work from the reputation it’s developed. Of course, their worst songs are some of the worst that music has ever seen, but that’s a different article for a different day.

Alright, you know what time it is…

System of a Down – “Toxicity”

There are a meager handful of bands who were active in the early-2000s Ozzfest circuit who transcended the nü-metal label and are considered more on their own merits today than as bands very specifically of that time. System of a Down is arguably one of the better bands to emerge during the period, and while their music absolutely became more ambitious as their run went on, it’s hard to contend that they’ve ever released a better album than Toxicity, still among the best records of that era of mainstream heavy music. Now, join us in going absolutely goddamn wild to that breakdown at the end of the title track, one of the album’s standouts and one of the best-ever showcases of Serj Tankian’s inimitable vocals at their peak. –Dominick Suzanne-Mayer

Slipknot’s “Wait and Bleed” exemplifies nü-metal’s tendency to couch the melodic pleasures of mainstream ‘90s alt-rock within an artifice that scans more like a horror movie. Looking like variations on The Texas Chain Saw Massacre’s Leatherface and relying on heavy, drop-tuned chords to get their point across, the group’s nine (!) members disguised the humanity behind their first big hit. Of all the bands to headbang their way through the Ozzfest circuit in the early 2000s, Slipknot may be the most enduring — probably because they backed away from the awkward hip-hop elements of nü-metal and focused more on crafting lean, vicious rock songs like “Wait and Bleed”. –Collin Brennan

Where were you when Korn premiered their music video for “Freak on a Leash”? Who didn’t worship that Todd MacFarlane masterpiece? Damn, remember Todd McFarlane!? Sigh, it was a fun time acting like the world was on our shoulders amidst such macabre artists, and Korn has always firmly planted their steel-toed shoes in that landscape. “Freak on a Leash” celebrates those gnarly attributes with ease, like a goth kid who stumbles out of his or her house on Halloween, and those extraterrestrial flourishes still sound pretty dope. Frontman Jonathan Davis has always been a unique beast, and we’d be hard-pressed even now to find many imitators. Having said that, his schtick gets old fast, and those who followed the leader, well, they too eventually fell off the cliff. As for this song, it’ll always be a “part of me.” GO! –Michael Roffman

(həd) p.e. looks terrible on paper — a less chill version of Sublime, maybe, or the bastard child of every forgettable has-been from Orange County’s hardcore heyday. But the group’s signature fusion of “G-punk” (gangsta rap and punk) is a stupid enough idea to yield at least one or two inspired moments, and “Bartender” miraculously endures as one of nü-metal’s finer moments. The song packs in multiple hooks (the Spaghetti Western-tinged guitar intro, the chugging riff in the verse, the shout-along chorus) and multiple genres, keeping the listener off-balance for much of its four-minute runtime. Within the context of 2000 — a year in which the state of rock was mostly miserable — “Bartender” stood out as a blast of fresh air, even if its genre quickly grew stale. –Collin Brennan

When somebody starts talking about nü-metal at a party or bar, it’s inevitable that sooner or later, somebody will bust out a guttural “CRAAAAWWWWLING IN MY SKIN.” Linkin Park are one of the bands most synonymous with this era of platinum-sales peaks and untold valleys, and if we’re being honest, they’ve emerged with time as one of the better. While perspectives on their later evolution into a more straightforward arena-rock band vary, it’s easy to forget just how loved their early material really was. And Meteora, their sophomore record, had a pretty substantial run of singles, topping out with “Faint”, as good a track as the band has ever recorded. That synth-violin sample is a killer, Mike Shinoda’s verses were rarely better, and it even led to a mashup with “Jigga What”, because time and culture should never be allowed to forget about Collision Course. –Dominick Suzanne-Mayer