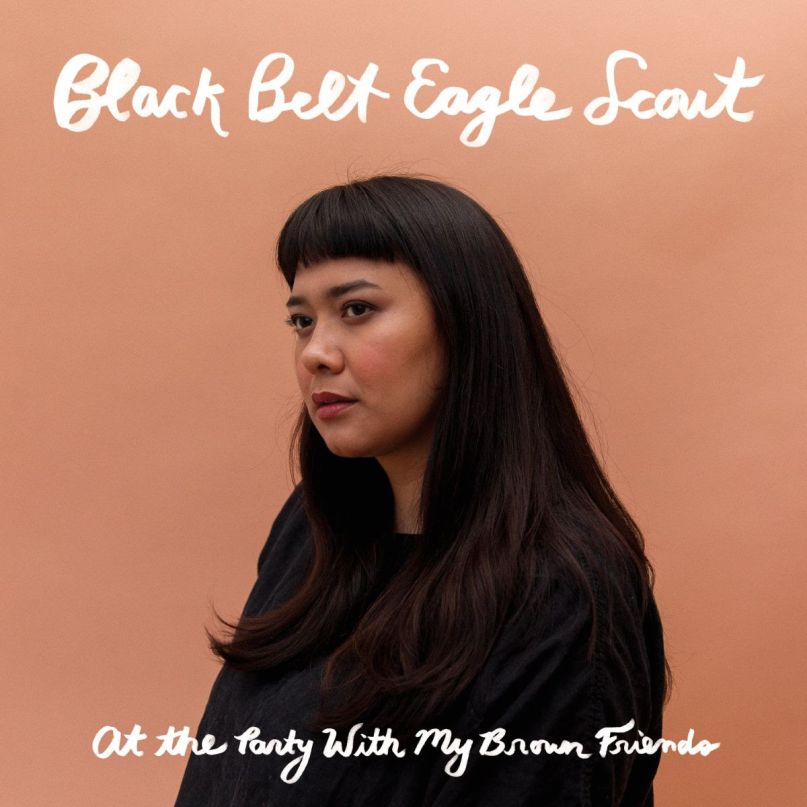 The Lowdown: Hailing from Washington state’s Swinomish Indian Reservation, Katherine Paul identifies as a radical indigenous queer feminist. On her second album as Black Belt Eagle Scout, this remarkable one-woman band, who observes that “writing and playing guitar in my room just makes everything feel better for me,” delivers a stirring, low-key version of garage rock, refining her music. While Paul’s debut, Mother of My Children, had noisier moments that hinted at an early interest in grunge and riot grrrl sounds, At the Party with My Brown Friends is almost exclusively, sometimes uncomfortably, intimate, probing private places of the heart with understated directness.

The Good: If Paul’s art is informed by a specific perspective, the feelings she captures couldn’t be more universal. The importance of friendship, the obsessive craving for romantic love and the desire it sparks, and the search for one’s true place in a challenging world lend At the Party with My Brown Friends a quietly compelling urgency. Although her unhurried singing and graceful melodies have the quality of a gentle hug, the burning emotions run deep.


Measuring the chasm between hope for connection and the reality of solitude, Paul recounts fantasies of fulfillment with disarming candor. “You’re my dream,” she sighs in “My Heart Dreams”, where she admits to “Screaming loudly/ Screaming softly, too.” On the languid “Real Lovin”, she imagines “Palms sweating/ Dizziness/ And the sheets are gleaming/ From the two of us,” before conceding, “That’s not real,” only to proclaim, “There’s real love!,” raising her voice for once to insist that joy awaits down the line.

Happily, it’s not all unrequited yearning. The peppy “Run It to Ya” depicts the nervous thrill of an unfolding encounter, as she murmurs, “You have eyes/Just like mine,” seemingly free from self-conscious introspection. And the hushed “You’re Me and I’m You” closes the album with a touching ode to her mother that finally allows Paul to soar, exclaiming proudly, “I am the one/The one she loves.” What could be nicer?

As with her debut, Paul provides all the instruments and voices, not to mention producing; that isn’t unusual, but a relative newcomer rarely does it so well. The electric guitars twinkle like pretty stars, and her deceptively inventive drumming avoids the stiff grooves of many DIY projects. At the Party with My Brown Friends is an emphatic declaration of independence, yet there’s also an irony in her going it alone when the title champions community.

The Bad: Because the album doesn’t strain to impress, it can be mistaken for tame background music if you’re not paying attention. That would do Katherine Paul’s tender folk-pop a serious disservice.

The Verdict: Offering sanctuary to anyone with a soul full of longing, At the Party with My Brown Friends is a beautiful affirmation of our common needs and a reminder that love is possible.