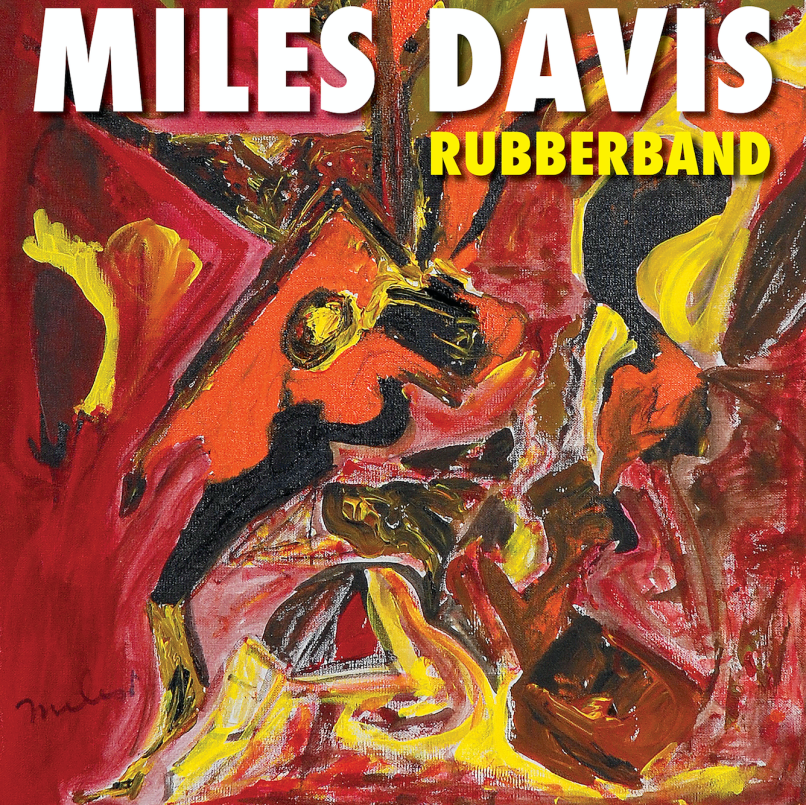 The Lowdown: Miles Davis was a bandleader first and second a trumpeter, who just about invented the “cool jazz” sound that dominated the late ‘50s and early ‘60s. While he dropped several classic albums during this period, including ‘Round About Midnight and Kind of Blue, Davis abandoned the buttery smoothness that made him famous in favor of tireless reinvention. For example, 1970’s Bitches Brew was hardly the first psychedelic jazz record, but it might’ve been the first psychedelic jazz record to make money. Davis’ willingness to adopt contemporary trends kept him relevant for five decades, but it marred his work in the ’80s. Even on mostly excellent albums like 1986’s Tutu, his LPs from this period use synthesizers and track mixes that sound thin and dated today.

Davis began Rubberband in 1985 and abandoned it that same year. Soon afterwards, he moved on to Tutu, and nobody thought much about Rubberband for 30 years. Now Randy Hall and Zane Giles, the original producers, along with Davis’ nephew, Vince Wilburn, Jr., who played drums on the original Rubberband, have teamed up to finish the project. Whereas Davis planned to include Chaka Khan and Al Jarreu, the producers have hired Ledisi, Lalah Hathaway, and more. Where Miles Davis didn’t finish a song, Hall, Giles, and Wilburn, Jr. have finished it themselves. The results stagger all over the musical map, veering from millennial R&B to ’70s psychedelia, from funk and soul to calypso. Occasionally, the album even sounds like Miles Davis.

The Good: The meatiest tracks are mostly instrumental tracks. Album closer “Rubberband” is far and away the best song, built around anxious trumpet triplets. This is peak Miles Davis, extreme emotionality in just a few notes. Other songs show how Davis interpreted various ‘80s trends. “Give It Up” is jazz seen through the lens of George Clinton-esque funk while “This Is It” shows flashes of glam rock. That Davis preferred synthesizers over rich brass — or any real instrument — is regrettable. But the musical ideas are there, even if they tend to get thin by the end of the tracks. Which brings us to the next point…

The Bad: There aren’t enough musical ideas to flesh out an 11-track album, and there probably aren’t enough ideas for half that. The producers just didn’t have much to work with. Davis’ contribution to “See I See” sounds like a single improvised solo that has been chopped and stretched across four long minutes. “Echoes in Time/ The Wrinkle” is nine minutes of aimless riffing. I don’t doubt that Miles Davis’ intended to make a long statement, but I doubt he wanted it to vary so little.

And we haven’t even talked about the real head-scratchers on the album, which are the featured vocalists. It’s not that they do a bad job; in fact, “Rubberband of Life” featuring Ledisi is pretty good! It looks at a Davis riff through a hip-hop lens, combining drums, trumpet, and Ledisi’s voice into an interesting R&B melange. The issue is more about mix and flow. What does a bright, modern song like “Rubberband of Life” have to do with “This Is It”, the muddy jazz rock that follows? It’s a giant musical speed bump, and it happens right on track two.

Then we have to suffer whiplash again, jumping decades forward in time to “Paradise” and “So Emotional”. The latter sounds like a turn of the millennium R&B jam, like sexless D’Angelo. “Paradise” is soft rock calypso and a departure from anything else on the album. Afterwards, the album abruptly returns to ‘80s jazz. Rubberband isn’t just the choppiest listening experience in Miles Davis’ discography; it’s one of the most uneven albums of the year.

The Verdict: Miles Davis was a great trumpeter, but he wasn’t a virtuoso instrumentalist in the same way as some of his peers. He didn’t play the trumpet the way Coltrane wailed on the saxophone or Hancock tickled the keys. His genius was as a bandleader. You felt it in the way he managed collaborators and conceived of long-form musical ideas. You felt it in the way he finished projects. And that, ultimately, is the problem with Rubberband. The finish is messy, the mixing hops from decade to decade, and the album flow is nonexistent. There are a couple of great moments, especially “Rubberband”. But without those finer touches, it often doesn’t even sound like Miles Davis, just some dude blowing a horn.