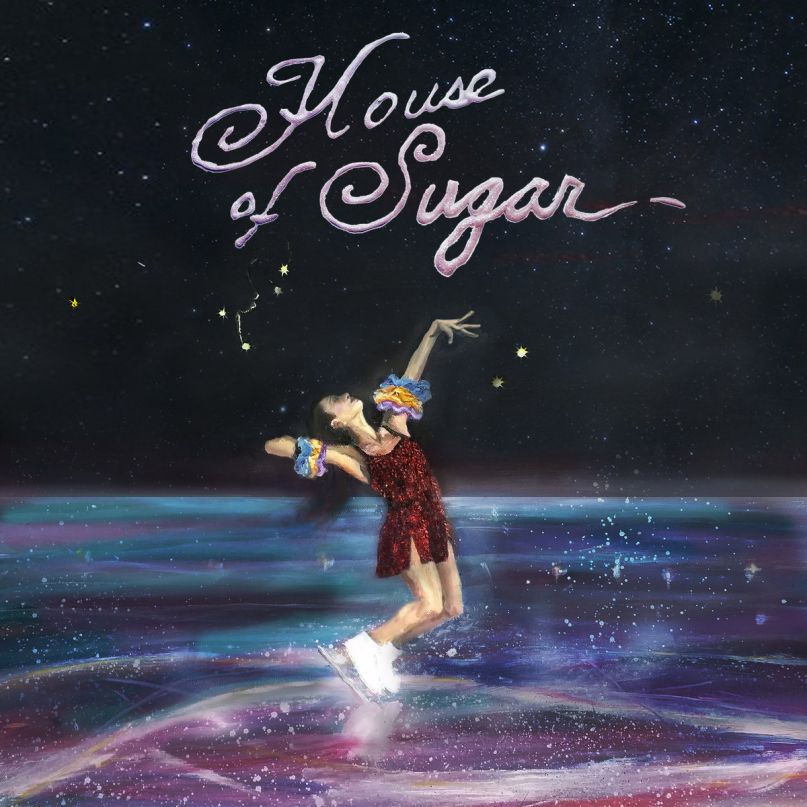 The Lowdown: In 2019, we have more access to artists than ever before. Apart from the mega-celebrities whose press teams can carefully cultivate every word, limiting interviewers to close friends, the past decade has given us keen insight into the lives of artists ⁠– whether that’s through their Instagram likes or Twitter rants. That social curation has made it rare to come across someone like Alex Giannascoli, who records under the name (Sandy) Alex G, because even though he gives occasional interviews and maintains a bare-bones social media presence, the way he writes from the point of view of his characters adds an air of genuine mystery to his music.

He’s not mysterious in a way that implies a puzzle that needs to be solved or an identity that’s concealed from the world, but in songs that obfuscate meaning, even when they’re simple character studies. His latest album, House of Sugar, might be the most difficult to crack yet. A song like “Crime” forces the listener inside the mind of a man watching another executed for a crime that he committed, and “Sugarhouse” finds a gambler leaving his family behind and letting his children reckon with the damage he’s done. Giannascoli writes these not as wish-fulfillment nor confessionals, but as an acknowledgment that there’s often not as much separation between the actions of listeners and the characters in his songs. Giannascoli gets out of the way in crafting these character stories, and what you know or don’t know about his own life feels secondary to the meaning of his songs, even if they’re not as clear as we may crave.


The Good: There’s something inherently damaging about judging whether or not an artist’s creative evolution is linear or suggesting some sort of clear path where they get better each album until they reach a looming cliff and fall off. Whether or not House of Sugar is Giannascoli’s “best” record, it is certainly one where he has managed to tap into his primal and intuitive nature as a songwriter. One of his best tracks yet, “Hope”, opens with Alex remembering a friend’s death from a fentanyl overdose. Then, in the second verse, seeing that friend appear to him in a dream, the friend asking, “Can you give me somethin’ else to eat?/ Got a hole in my chest, I can’t take it anymore/ Put my pillar to the test/ let me rest.” Such a haunting image could carry the album on its own, but alongside moments like the swooning duet with Emily Yacina on the refrain of “Southern Sky” or the story of a gambler searching for something to make him whole on the warm live recording of “Sugarhouse”, it makes for one vignette among a series that together make a clear vision.

What’s interesting about the way Giannascoli stands in relation to his influences is that you can hear echoes of other great songwriters in his work. These echoes point to him crafting his own legacy more than simply paying homage. You can hear traces of Daniel Johnston in the tragic yet childlike lyrics of “Cow”, Alex Chilton in the slow-moving melancholy swing of “Crime”, early Bill Callahan in the noisy desperation of “Near” and “Walk Away”, and Jason Molina in the heartbroken Americana drawls of “Southern Sky”. Like Chan Marshall or Mark Linkous, Giannascoli’s sparse poetry communicates American life with empathy towards the tragic figures who make up the characters of his songs. This isn’t to say that Giannascoli actively worships any of these artists, but that House of Sugar establishes him as one of the closest songwriters operating in that same vein today.

The Bad: House of Sugar may be Giannascoli’s most harsh and uninviting album yet, especially when the album’s midsection finds him withdrawing into insular experimentation. There’s the discordance of “Near”, where Giannascoli uses effects to repeat the last word of “All I want is to be near you” ad nauseam. On the instrumental “Project 2”, he crafts fragmented electronica pieces that reflect a strong influence from last year’s collaboration with Oneohtrix Point Never. None of this is a drawback or an unexpected turn for the artist, particularly on a song like “Taking”, where his familiar, strummed minor chords from DSU build into pitched-up chiptune vocals that are near unintelligible until the track ends with Giannascoli singing, “and taking and taking…” leaving no mystery as to its message.

House of Sugar is a record about being broken and empty and as a work of music actualizes those concepts, from the opening song, “Walk Away”, where Giannascoli sings, “Someday I’m gonna walk away from you” before getting stuck in a loop of saying “Not today,” emphasizing the inescapable aspects of being chased by a demon you can’t outrun. This section of the review (“The Bad”) may be mislabeled, as this all serves the purpose of fleshing out the conflicted nature of this record, albeit for the one misstep on “Sugar”, where Giannascoli’s pitch-shifted vocals clash against melodramatic keyboards and strings in a way that lacks the stark insight of the other experimental aspects.

The Verdict: Though House of Sugar can be a difficult record, those who take the time to delve into its layers will be treated to a piece that captures the modern psyche in a way few other pieces of art manage to do. Whether it’s the bold and still somehow-wracked-with-self-doubt proclamation of “Nobody’s gonna push me off track” on “Gretel” or how the line “You know good music makes me wanna do bad things” from “In My Arms” never sounds quite the same with each listen, Giannascoli offers a myriad of interpretations for his songs. By the time you get to the Boss-like saxophone solo on “Sugarhouse”, a moment that should feel triumphant is instead daunting and uncertain.

Records aren’t always meant to make you feel a certain way each time, to go down smoothly with a message wrapped up in a bow. We don’t have to understand Giannascoli’s intentions perfectly to grasp the impact of his songs. Like going to a family member’s house you haven’t been to in a decade and noticing how your memories don’t line up with reality but perceiving the little things that stick out, listening to House of Sugar is familiar yet strange, welcoming but only at a distance, something that pulls you in and draws you away at the same time.