The Highwomen Rally Against Industry Toxicity on Their Powerful Debut

The star-studded quartet give voices to women who suffer loss, heartache, and oppression 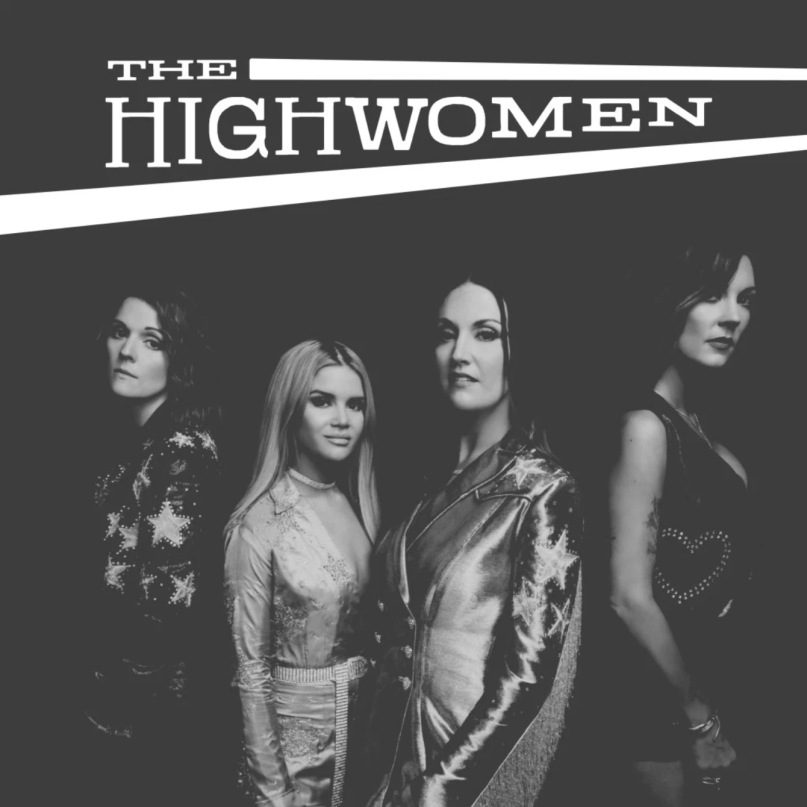 The Lowdown: Nashville is a culture-war-torn town, a place where Southern conservatism and metropolitan progressivism clash on a daily basis. You may not see the conflict every day, but the underlying tension brought on by good, ol’ Southern passive aggression is thick as molasses. At the heart of the war is country music, one of the few establishments left in the hands of an all-powerful, sexually toxic radio industry. Over and over, country radio’s mostly male gatekeepers have frustrated women’s efforts to share their voices with listeners, opting instead to promote songs that objectify women more often than empower them.

(Read: The Highwomen Are Carving Out a Necessary Spotlight in Country Music)

However, resistance is rising. In recent years, artists including (but not in the least limited to) Kacey Musgraves, Margo Price, and Amanda Shires have embraced traditional country aesthetics while rejecting mainstream values, attempting to delegitimize radio’s stronghold. Hoping to push the resistance forward and further the female voice in country music, Shires has joined Grammy winner Brandi Carlile, country-pop superstar Maren Morris, and songwriter Natalie Hemby (writer of multiple hits for Musgraves, Miranda Lambert, and Little Big Town). As The Highwomen, the quartet join the original Highwaymen (Johnny Cash, Willie Nelson, Waylon Jennings, and Kris Kristofferson) in giving a voice to the marginalized with heartfelt country ballads and rollicking barn burners.

The Good: The album opens with an updated take on 1985’s “Highwaymen”, where The Highwomen (joined by Yola) in turn deliver sobering vignettes of ill-fated women across time who lost their lives to cases of misogyny, racism, and superstition. The song highlights what the quartet do best across their debut: tell true stories about womanhood, whether they’re fictionalized or not. On “My Only Child”, Hemby captures the tenderness of a mother’s love as she consoles a child’s desire for a sibling. Meanwhile, Carlile and Shires lament not being able to call off sick from motherhood once in a while on the humorous “My Name Can’t Be Mama”.

Love is a constant thread throughout the album, but nowhere is it as striking as on the Carlile-fronted “If She Ever Leaves Me”. Shires wrote the ballad with her husband and Highwomen guitarist Jason Isbell; however, they reworked the song for Carlile to sing about her woman and the naive cowboy who wants to take her home. “That’s too much cologne,” she warns. “She likes perfume.”

Like Hank Williams and Loretta Lynn before them, The Highwomen capture country’s long tradition of heartbroken balladry on the album’s final tracks. Shires gives the album’s most emotive vocal performance on “Cocktail and a Song”, as she sings from the perspective of a dying father, “The day is close, it won’t be long/ Couple of cocktails and a song/ And don’t you let me see you cry/ Don’t you go grieving.”

The feeling of personal loss is followed by the poignant “Wheels of Laredo”, sung by Carlile, who previously produced the track for Tanya Tucker. “On the north bank of the mighty Rio Grande/ I was watching the jungle fires a-burning / Across the border of a not-so-distant land,” she remembers as she expresses the yearning of a young woman wishing to be reunited with her loved ones across the border. The final track punctuates The Highwomen’s worthy theme of giving voices to women, not just in Nashville, but to women across the world who suffer loss, heartache, injustice, and oppression.

The Bad: However, The Highwomen’s devotion to elevating women falters slightly when they trade story-based songs for communal sing-alongs. The album’s two singles (“Redesigning Women” and “Crowded Table”), while both having strong, catchy hooks, don’t capitalize on the group’s strengths when the quartet’s vocals are all stacked in unison. The effect, which no doubt was meant to carry unifying power, creates a “We Are the World” moment by pulling the listener out of the music and straight into a social campaign commercial.

The Verdict: In the film world, all-female remakes like Ocean’s 8 or 2016’s Ghostbusters often suffer from trying too hard to flip the script in the gender wars instead of focusing on creating great films. In this debut record, The Highwomen do not suffer the same fate. Instead, their focus on meaningful songwriting and infectious camaraderie lead to a project whose sum is greater than its parts. While collaboration is a key component here, The Highwomen don’t try to shoehorn every member into every song. Instead, they trade vocals like The Beatles on Abbey Road, with Shires and Carlile taking the roles of Lennon and McCartney.

Each voice is allowed to shine here, and through them, the voices of so many women who continually find themselves stifled in the country music format. This album may not be the beginning of a revolution in country music, but their songs and their hope for equality will still be around long after the behemoth of Nashville’s music industry has faltered. And even if things never change, they’ll just come back “again and again and again and again.”

Essential Tracks: “Highwomen”, “Cocktail and a Song”, and “Wheels of Laredo”