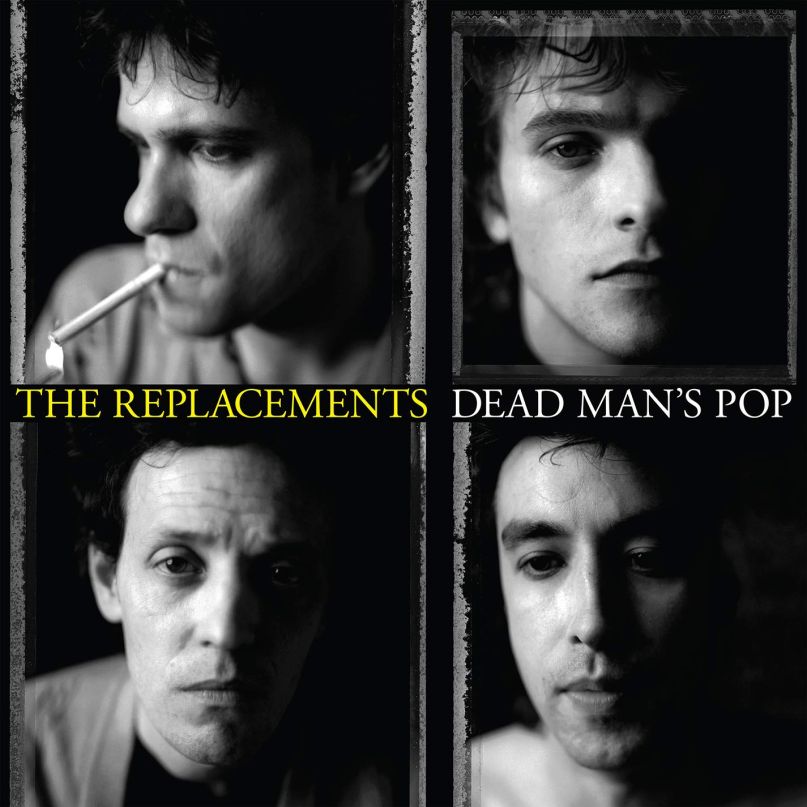 The Lowdown: Conceived and shouldered through by Trouble Boys writer Bob Mehr and Rhino’s Jason Jones, Dead Man’s Pop peels back the history on The Replacements’ 1989 sixth studio album, Don’t Tell a Soul. Upon release, the album featured a glossy mix by Chris Lord-Alge, who gave Matt Wallace’s original production “a three-dimensional, radio-ready sound.” Some critics praised the FM wash, others weren’t so pleased. The band was in the latter camp. Now, 30 years later, Wallace returns to the mixing board for a completely new mix that fits with the band’s original vision, and offers a completely new perspective on Paul Westerberg’s songs. The collection also ties together a number of rarities from the era, including early demos, tracks recorded with Tom Waits, and a complete live performance recorded at the University of Wisconsin-Milwaukee on June 2, 1989.

Rock N’ Roll Ghost Protocol: A number of ‘Mats fans, critics, and rock ‘n’ roll scholars grimace at Don’t Tell a Soul, but not this one. As I wrote way, way back in 2010, “Even if you believe The Replacements tried to break through commercially, that this album reflects a change of their honest Midwestern sound (for better or worse), they never really crack the shell. If they did, they were looked on as tourists. Simply because they always kept one foot in the door of their musty yet homely Minneapolis confines.” I later argued, “Even with a different lineup, a new producer, and the plasticity of California, The Replacements could never sell their own souls.” Nine years later, that song remains the same. Don’t Tell a Soul is Rock Star Westerberg — even over his similarly over-produced 1993 solo debut, 14 Songs — and Rock Star Westerberg ain’t bad. He’s still flesh and blood, only he’s soaring.

Dead Man’s Pop brings him back to his inherited Earth, scraping off Lord-Alge’s glitter and piling on all the soil. It’s telling that the new mix starts with some behind-the-scenes scuffling. Moments before they take off on “Talent Show”, you can hear ’em all chat in the studio as they laugh and tune their equipment. Those wrinkles are all throughout Wallace’s mix, painting a far more earnest portrait of the band that finds ’em wearing their natural flannel than, say, their LA leather. No kidding: The changes are drastic enough that the most ardent naysayers of the album may finally come around, even to fluffier FM-ready hits like “We’ll Inherit the Earth” and “Back to Back”. Whereas they were once tailored for a John Hughes production, there’s a human element to these tracks now that speak to the band’s origins, even if they’re still reaching for the rafters musically.

And, let’s be real, Westerberg stretched far. If you recall, tracks like “Darlin’ One”, “Anywhere’s Better Than Here”, and “I’ll Be You” pummeled in ways the ‘Mats hadn’t done so previously. They were loud, they quaked, they shook. What’s astounding about their new look is how Wallace doesn’t lose any of that impact. If anything, these new mixes embellish how capable they were as a fearsome foursome at the time. The only difference now is that it’s on their shoulders as opposed to any range of effects. You actually believe they’re pumping out this kind of volume, which makes them that much more affecting. Christ, when Westerberg swings back to the mic and pines, “A dream too tired to get to/ Left a rebel without a clue/Won’t you tell me what I should do?” on “I’ll Be You”, he sounds as if he’s screaming right up against your ear. It’s remarkable.

(Ranking: The Replacements from Worst to Best)

Also remarkable are a few of the deeper cuts, especially one in particular: Rarely, if ever, have the ‘Mats sounded as beautiful as they do on Wallace’s new mix of “They’re Blind”. He brings up all the juicy details — the piano, the harmonies, the reverb, the brushes, the chummy bass lines — proving there’s a way to deliver a cinematic version of The Replacements that’s both wholesome and natural. This is a total gem of a redux. It’s lush, it’s mystifying, it’s a goddamn Cameron Crowe movie wrapped up in one. How this was ever passed over, especially back in 1989, is a total mystery, and also quite a shame in hindsight. In a little over five minutes, they accomplish what Springsteen set out to do for nearly a decade after 1987’s Tunnel of Love. It’s a killer look for the group, and makes you wonder what Wallace might be able to do with All Shook Down.

The Replacements, photo by Dewey Nicks

Back to Back Tracks: It also helps that Wallace rearranged the entire album. One could argue it’s a little front-loaded, but they’d probably walk back that argument after zeroing in on the pacing. This album fucking moves. By moving up “I’ll Be You” and “Darlin’ One”, and pushing down “Back to Back” and “They’re Blind”, he’s rerouted the entire energy of the collection. It’s less disjointed this time around, ripping and roaring and cascading before coming to a proper close with the somber, meditative “Rock ‘n’ Roll Ghost”. These moves craft a record that spiritually shares more DNA with the rest of their catalogue, most notably their two diamond albums: 1984’s Let It Be and 1985’s Tim. Perhaps it’s assumptive on this writer’s part (or maybe just a matter of preference), but the ‘Mats are best left by their lonesome at the end of each album, almost as if to say, “This is where we belong.”

We’ll Inherit the Birth: Elsewhere, Mehr and Jones curate a keg of unreleased rarities, alternate mixes, demos, and what-have-yous, all of which they’ve dubbed We Know the Night: Rare & Unreleased. The real revelatory stuff comes from the Bearsville mixes from the band’s time in Woodstock, New York with producer Tony Berg. Early variants of “Achin’ to Be”, “I’ll Be You”, and “Darlin’ One” should elicit a few chuckles from fans, namely for how Xanaxed out they all sound. Beyond that, there are a handful of the long-storied sessions with Waits, which are more for curiosity’s sake than any long-term revisiting, in addition to some scrapped tracks such as “Last Thing in the World” and “Dance on My Planet”. Again, all good-to-haves, especially if you’re piecing together the whole story of the LP, but all of them pale in comparison to the actual mix, which you’ll likely wear out.

Playing At The Talent Show: Though, if you’re looking for the raw and uncensored Replacements, look no further than the accompanying two-part live album The Complete Inconcerated Live. There’s joy in hearing some of their back catalogue, no doubt, but having some studio-remixed live cuts off Don’t Tell a Soul is an integral piece to the puzzle. Westerberg gets sloppy, but not too sloppy, and any of their signature reckless abandonment is set aside in favor for untethered energy. Guitarist Slim Dunlap really shines on this collection, keeping things in line when Westerberg or Stinson decide to go AWOL. They all sound happier than ever — probably because they were in the Midwest — and hearing Westerberg giggle over “Back to Back” sets a mood that never lets up for the rest of the 20-something tracks that follow. This is one you’ll also keep.

The Verdict: Look, Don’t Tell a Soul is fine as it is. It’s an essential volume in the band’s wild mythology, a moment in time when they got a whiff from the top, before the industry slapped ’em back down to the bottom. (Or, as some might say, when they slapped themselves.) What Dead Man’s Pop offers is an unexpected new chapter in their canon, one that’s perhaps more fitting of their overall legacy. While one could argue Lord-Alge’s mix brought the band their first Billboard Hot 100 hit in “I’ll Be You”, time has proven that hit didn’t really bring them any long-term success. By scaling back then, Wallace has created an album that truly fits with their narrative, and that’s probably worth more now than then. After all, time has been very kind to The Replacements, who continue to build upon their legacy with each passing year, and Dead Man’s Pop is a welcome addition.