An upside down performance of "Bad Guy" and "I Love You" 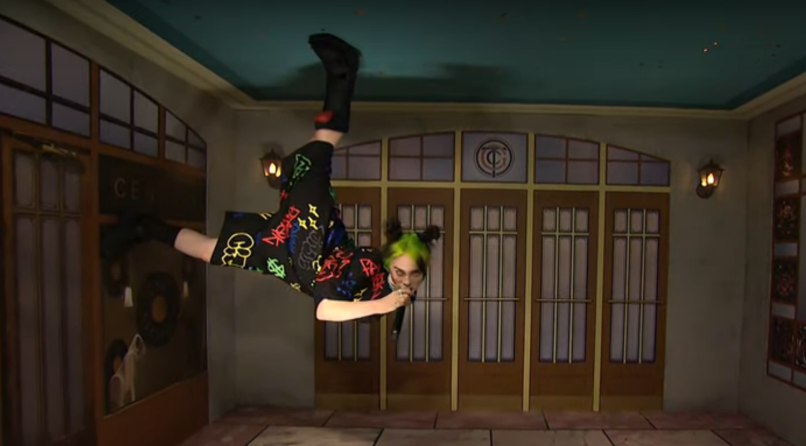 Billie Eilish can do it all — including defy gravity.

For her SNL debut, the WHERE DO WE GO? singer delivered her hit single “Bad Guy” inside a small rotating set that made it seem as if she was walking on walls. Update: SNL has shared a video detailing how Eilish pulled off the “Bad Guy” performance.


Later, Eilish returned to the stage to perform an acoustic version of “I Love You” with her brother Finneas. Though she remained firmly planted on the ground, the performance was no less impressive, as Eilish’s vocals took center stage.

Replay both performances below. Ahead of SNL, Eilish announced a massive arena tour scheduled to kick off early next year. Get your tickets here.