Fests like Punk Rock Bowling, Paradiso, and Sonic Bloom have also committed to blocking the technology from their events 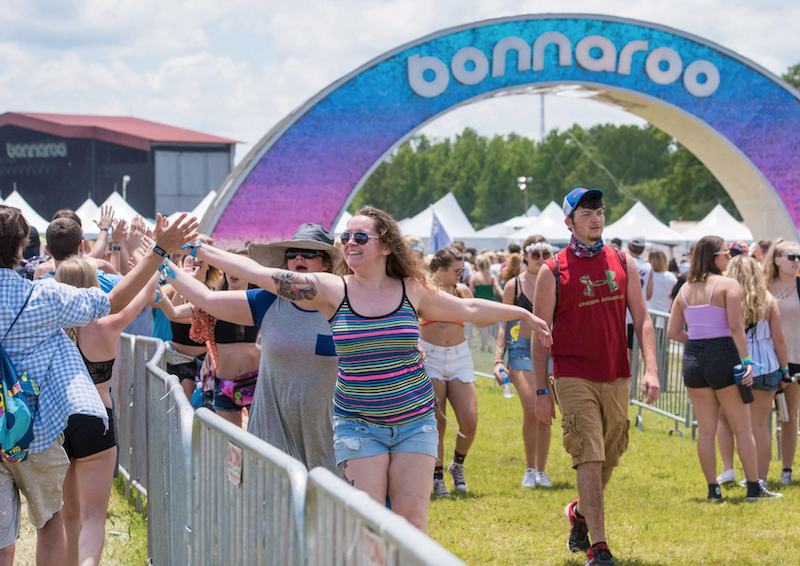 Earlier this month, a number of musicians joined digital rights group Fight for the Future to launch a campaign against the use of facial recognition technology at concerts and festivals. Now, several festival have publicly rejected the use of the controversial tech at their events.

News broke in mid-2018 that Ticketmaster had invested in facial recognition tech company Blink Identity. The stated goal was to allow ticket-holders to enter shows without having to actually scan anything, as you could theoretically link your biometrics to your purchase. Though some artists like Taylor Swift have already implemented the tech (to root out stalkers), many have expressed concerns over the potential abuse of such “big brother” advancements. FFTF’s mission statement notes that even slightly flawed algorithms can put “undocumented fans, fans of color, trans fans, and fans with criminal records at risk of being unjustly detained, harassed, or judged.”

In launching their Ban Facial Recognition campaign, Fight for the Future teamed with Tom Morello, Amanda Palmer, The Glitch Mob, The Gaslight Anthem’s Brian Fallon, and other musicians to spread the word. It seems some festivals have also taken note, as Bonnaroo, Electric Forest, Austin City Limits, and Shambhala have all issued statements confirming they have no plans to use Blink Identity’s tech.

Other festivals, like Punk Rock Bowling, have been a bit more firm in their stance. “Facial Recognition is not welcome at our events,” read a recent tweet from the Las Vegas event linking to the Ban Facial Recognition website. “We will not help to arrest or deport patrons.” Paradiso Fest, Sonic Bloom, Summer Meltdown, and Lucidity Festival have also expressed direct support for the campaign.

The BFR site has an updated list of all the festivals who’ve make clear commitments not to use the invasive innovation. Those who have said nothing are marked (rather disingenuously ominously) with “might use” logos. Events like Lollapalooza and Voodoo Music + Arts Experience, both operated by ACL promoter C3 Presents, are on the naughty list. Also present are Goldenvoice properties like Coachella and Hangout. The company (owned by AEG) issued a statement reading, “We are not looking to add to this conversation currently.”

The good news for Insane Clown Posse fans is even if Gathering of the Juggalos were forced to implement facial recognition tech, it likely wouldn’t matter.