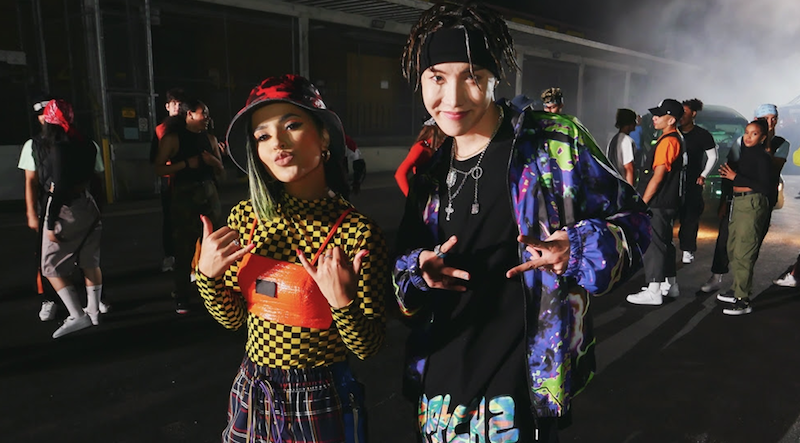 A lot of hearts simultaneously broke when the explosively popular BTS announced an “extended hiatus.” Luckily, the crew has been branching out. Today, band member J-Hope has teamed up with pop-rap star Becky G to release a new single called “Chicken Noodle Soup”. The collaboration comes along with a music video in which we potentially get a peek at the next dance craze.

The song isn’t just a new pop effort, but an homage of sorts. The duo took influence from Webstar and Young B’s 2006 tune of the same name, which featured AG aka The Voice of Harlem. The catchy number left an impression on J-Hope early on, and served as a guide to learning some of his first dance moves. Becky G claims it was one of her favorite childhood jams as well.

For the pair’s updated version, the two globalized the tune and brought both Spanish and Korean lyrics into the mix. J-Hope’s verses find him singing about his own path through dance, one that included the original “Chicken Noodle Soup”.

The track comes accompanied by a music video that features the two pop stars taking a fresh approach to the original song’s classic choreography. J-Hope and Becky G flap their wings with more than 50 dancers from across the world, as you can see in the clip below

This isn’t the BTS singer’s first solo offering. Last march, he dropped his Hope World mixtape, which landed at 38 on the Billboard 200. The BTS boys recently reunited after their short break, but their time together may still be limited; a South Korean Ministry of Defense official recently confirmed that the band members  won’t be exempt from the country’s mandatory military service.