The Legend of Metallica’s Cliff Burton Lives On

The iconic bassist remains one of metal's most beloved musicians 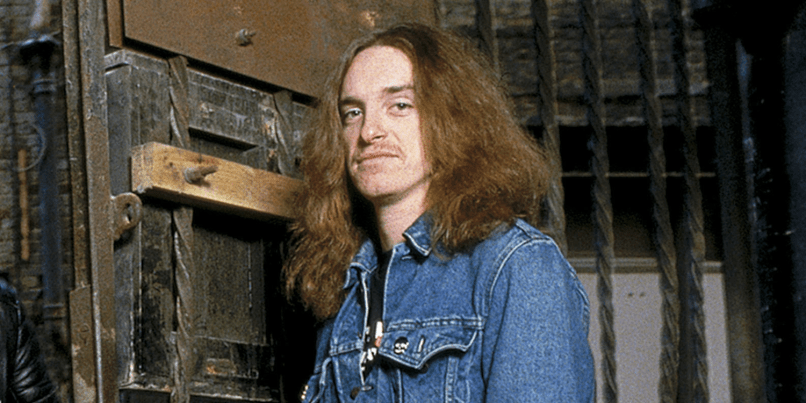 The story of Cliff Burton is the story of two deaths. There is his own tragic passing, which happened on September 27th, 1986, in the early morning hours when Metallica’s tour bus skidded off the road in Sweden. As has become part of metal lore, the vehicle rolled down an embankment and threw the 24-year-old out of a window, ultimately landing on top of him. He died instantly.

But there was another death, 11 years earlier, that is little discussed but had a major impact on Burton’s life and career. In May of 1975, his older brother Scott was killed by a brain aneurysm at the far too young age of 16. To hear their parents tell it, Cliff, who was 13 at the time, used that as a motivating factor to dedicate himself to music. As Jan Burton put it in an interview published on a Metallica fan site, “He said to a couple of people, ‘I’m gonna be the best bassist for my brother.’”

That small stretch of time between those bookended deaths changed everything about metal and heavy rock, for good and for ill. Burton threw himself at the task of becoming a great bass player, practicing for hours at a clip and surpassing the abilities of some of his earliest teachers. He became a fixture on the Bay Area music scene, playing in bands with future Faith No More members Jim Martin and Mike Bordin, as well as the well-regarded ensemble Trauma.

It was that last outfit that helped introduce him to his future Metallica bandmates, who were allegedly blown away when they heard an early version of the solo that would become “(Anesthesia)—Pulling Teeth,” from the group’s debut, Kill ‘Em All. James Hetfield and Lars Ulrich convinced him to step in for the recently departed Ron McGovney, and set in motion the band’s legendary and rocky path into musical infamy.

Listening to “(Anesthesia)” today, it’s not hard to understand what drew Hetfield and Ulrich to Burton. It’s not a fleet-fingered showcase a la Thundercat or Stanley Clarke, but it still carried dynamism and power through his use of effect pedals, particularly the wah-wah pedal that gave a wobble and punch to the song. Its depth and speed also revealed a player who could keep up with the speedy power chords that would mark all three of the iconic albums Burton recorded with Metallica: Kill ‘Em All, Ride the Lightning, and Master of Puppets. He could hold his own with his bandmates no matter how heavy or knotted up the arrangements became.

Burton was a presence on those first three Metallica albums, distinguishing himself as a vital piece of the puzzle. He sat nicely in the pocket, doubling up on Hetfield’s rhythm guitar parts, but in moments like the chromatic solo that opens “For Whom the Bell Tolls” or his proggy and throbbing solo work on “Orion”, he could burst through a song’s mass like a battering ram.

His contributions to the songwriting and his mere presence as this positive, leveling force within the band, not to mention his willingness to put the work in, helped propel Metallica to levels of success around the world that were unheard of at the time. And, as is oft-repeated but still worth mentioning, they did it without the support of the dual forces of commercial radio and MTV.

When that was ripped away from the world on September 27, 1986, nothing would be the same for the group after. The surviving members threw themselves into their music with even greater force, culminating in the majestic achievement that is …And Justice For All and a music video for “One” that catapulted them to crossover fame. Nothing that happened after that, from the megaton success of “The Black Album” to the cringeworthy behavior on display in the documentary Some Kind of Monster would have occurred were it not for Burton’s death. Again: for good and for ill.

For their part, Metallica forged ahead to become the biggest metal band on the planet, though it’s evident that the loss still weighs heavy on them. In a video released to promote a book about the making of Master of Puppets, Kirk Hammett wiped away tears when talking about his old friend. His death still looms large among the group’s fans, as proven by their successful efforts to have the bassist’s hometown of Castro Valley, California, proclaim February 10th “Cliff Burton Day” on what would have been his 56th birthday.

Over three decades later, no one who knew him or had their lives affected by the music that he made can really let Burton go. He still looms large over Metallica in a way that Jason Newsted or Robert Trujillo never could. For all their talents, it is hard to compete with the legend that Burton was and still remains.