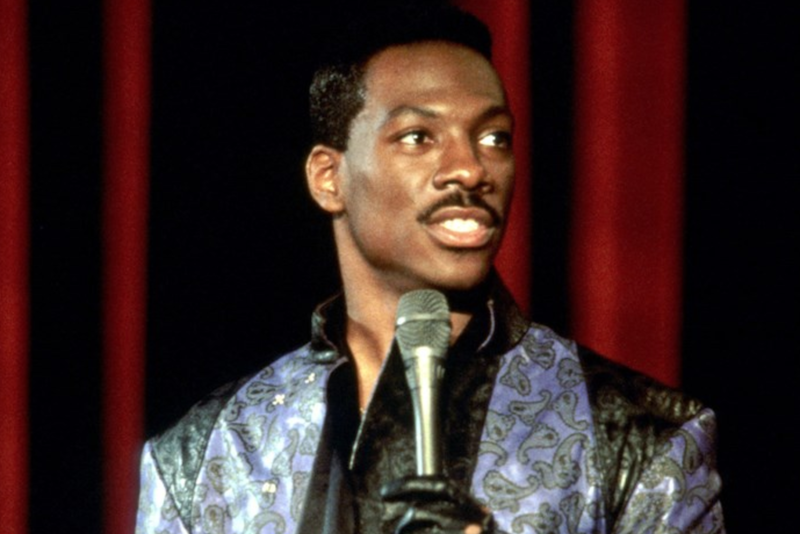 The comedy comeback of Eddie Murphy officially begins next month. On October 4th, his Rudy Ray Moore biopic Dolemite Is My Name gets a limited theatrical release before hitting Netflix three weeks later. Then in December, he’ll be back at Rockefeller Center’s Studio 8H to host Saturday Night Live for the first time in over 35 years. All of this comes ahead of Murphy’s highly anticipated return to stand-up, launching with a 2020 theater tour and culminating in a lucrative Netflix special. In a new interview with The New York Times, Murphy has opened up about what fans can expect from this new stage in his career.

As the iconic comic explained it, the rollout of his various upcoming projects was very intentional. “I didn’t want to just pop back up. I wanted a funny movie to remind them that they liked me,” he said, referring to the Craig Brewer-directed Dolemite. “This movie turned out so strong that I figured this is a great way to come back.”

Murphy said he’s spent the last three years using a tape recorder to stockpile new ideas for stand-up material. He estimated he has 15 to 20 minutes of a set developed and expects to have a full hour and a half ready within eight months. Fans can expect a slightly more mature angle on life from the bits, seeing as Murphy is now the father of eight children.

“I now have a whole lifetime of experiences to draw upon,” Murphy explained. “There was a time when I was at the center of everything, what I was doing, and how funny I was and how popular. I’m not at the center. Now my kids are and everything revolves around them.”

That said, he added that he’s “still Eddie. The way I look at things and paint pictures with words, I’m still that guy. I’m still going to be what I was. And then some.”

Even so, he noted that material like he presented in his legendary Raw doesn’t define him now. While he acknowledged that the Murphy in that movie “is forever” to some audiences, to him, it’s a portrait of a very specific point in his life. “I was a young guy processing a broken heart, you know, kind of an asshole,” he said, admitting that he cringes at some of the language and cockiness found in those older jokes.

In addition to new topics to address, Murphy will be bringing a new attire to his Netflix special. “Nah, man, you can’t wear a leather suit at 58,” he joked in reference to his memorable outfits from 1987’s Raw and 1983’s Delirious. Although he’ll be wearing a more breathable fabric this time around, he made it a point of order to note that “I don’t sweat” in those classic stand-up films.

(Read: 10 Comedy Sequels That Got It Right)

Fans can expect some familiar costumes when he takes the stage at SNL, though. “I have to do Buckwheat,” he revealed, also dropping mention of Gumby and his Mister Rogers sendup Mr. Robinson. We’ll see exactly which characters get pulled out from the back of the closet when Murphy hosts the Christmas episode of SNL on December 21st.

Murphy and Brewer are also working on a sequel to Coming to America. With the comedian set to reprise his role as Akeem, the cast also includes Wesley Snipes, James Earl Jones, Paul Bates, Leslie Jones, Rick Ross, Kiki Layne, and Jermaine Fowler. Rumors have also persisted of Beverly Hills Cop 4 and a Twins sequel called Triplets that would see Murphy star alongside Arnold Schwarzenegger and Danny DeVito.